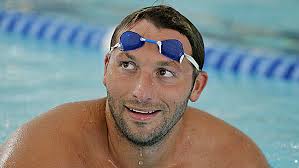 The life of an athlete is a tough one. Hours of training, multiple sacrifices and utmost dedication are needed to reach the top of your game. However, once the final lap has been run and the curtain has fallen on a sportsperson’s career, what is there to get them through?

They’ve been through euphoria, they’ve dealt with the blows and now suddenly they’re parachuted into a life that they’re unfamiliar with. For the lucky ones, managerial positions and punditry jobs beckon but for others the transition from professional to retired can be difficult to deal with.

Perhaps their career didn’t end on the high they had planned? Maybe they feel their potential wasn’t fully reached? The end of anything can be difficult and it’s something we all probably have experienced at some stage; the end of a friendship, a relationship or a holiday can all have an impact on our mood. So if we think of athletes – who have been so immersed in their sport since they were young – we can only assume the end of their career has to be even harder.

At the end of 2014, Clark Carlisle, the former president of the Professional Footballer’s Association made a suicide attempt. He told the Sun that this was after an 18-month battle with depression.

Carlisle is not alone in his suffering either. Many professional sports people become depressed when their career draws to a close – some even before this, especially when dealing with recurring injuries or unsatisfactory results.

Earlier in 2014, Irish sport stars such as Cavan goalkeeper Alan O’Mara and Irish cricketer John Mooney spoke of their struggles on Marian Finucane’s radio show. These men dealt with depression during their careers, O’Mara describing to Finucane a time when he was driving home after a challenge match and the thought occurred to him to end his misery whilst en-route.

Multiple Olympic winning swimmer Ian Thorpe, double Olympic champion runner Katie Holmes and former Celtic manager and player Neil Lennon have all opened up about depression after retirement in sport also, according to thesportinmind.com. And we have to ask is it really surprising?

For people who have so much focus in their lives, it can feel as though sportspeople have lost a bit of who they are or indeed all of who they are when they retire. Many athletes experience tunnel vision syndrome during their time competing, looking only to training, competitions and results. When they retire, there is suddenly a vacuum where these three components of their lives once lay.

So is there enough being done to ease the transition? There is an attitude that sportspeople can be happier or more fulfilled than ‘regular’ or ‘normal’ people – why should they be unhappy with titles and great memories to reflect on in retirement? And certainly there are sportspeople who feel this when their career ends; Victoria Pendleton, Olympic cyclist said she; “felt great relief when she retired after London 2012.”

However, others will never experience a buzz as great as the one they felt competing again and that is why help in handling that situation is vital. The GAA in Ireland have been quite prolific in their attempts to deal with depression in their sport, the GPA having set up a counselling service for players, be they retired or still competing.

The GPA provides a nationwide team of psychologists and counsellors who are available to meet with players who require one-to-one treatment on a short- or long-term basis with issues such as depression, anxiety, gambling addiction, bereavement and relationship difficulties all being discussed.  They also have a telephone helpline service which is available to GPA members 24/7, 365 days a year allows players constant access to a trained counsellor at the other end of the phone.

The problem however is going nowhere fast and the way forward is further intervention from sports associations who have the power to reach out to sportspeople and help them navigate their way once the glory days are over. Sport psychologists are becoming as important as coaches.

Additionally, sites such as thesportsinmind.com highlight methods such as reducing athletes’ exclusive identification with their sporting role and expanding their self-identity to other pursuits. It is important that instead of sacrificing relationships for sport to try develop relationships with family and friends while still competing who will support you when you have finished. Health issues such as concussion and cardiac problems are often highlighted when it comes to sport; it’s high time the discussion on mental health in sport became as prominent.