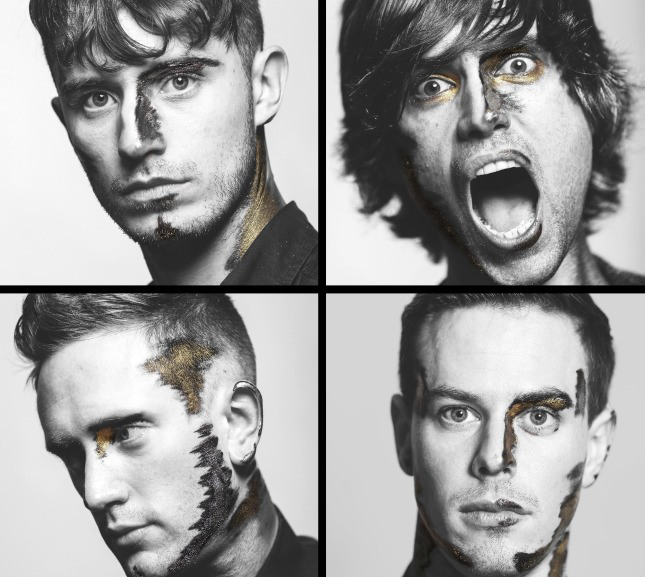 Vann Music are an Irish electro-pop band who have been making quite a name for themselves in the past year. They will release their second EP, Running, on 6 March and play the Róisín Dubh on 12 March. Sin had a chat with vocalist Aaron Smyth.

Sin: Can you give us a little history of Vann Music?

Sin: About the new single ‘Boy’. In an interview you said “we’ve slowed it down a bit, the other stuff as very French-house”. I noticed that when listening that ‘Boy’ is less dancey and more poppy than your earlier work. You also mentioned M83 in your State Interview, and ‘Boy’ did remind me quite a lot of their kind of cinematic soundscape, and I wanted to ask if that was a deliberate move in that direction?

AS: There was actually no deliberate move in any direction. We felt when we were following up ‘Tina’ that we wanted to put a new EP out and we started writing towards an album. We felt that we had grown, not tired, but frustrated with that kind of sound. We felt the housey, dancey stuff wasn’t really doing it for us. In between working on songs in that vein, we found that we were coming up with a richer, more cinematic, wider sound and the songs gravitated towards that. Being an M83 fan it’s probably easy to put one and one together but there was no conscious decision to move that way. It was just the way the songs went on an emotional level, that kind of cinematic, big-scale sound lends itself to that kind of feeling.

Sin: Can you give us a little insight into your writing process?

AS: There are four writers in the band, myself, Ross (Fortune), Rob (Von Bergen) and Phil (Costello). We all write, and then we all write together or we write in twos or in three, it all really depends on who’s at the session and who’s brought what to the session. The way ‘Boy’ was written, we had worked for two or three days on a song which didn’t make the EP, and the guys were coming over to work on it. I was actually in the shower that morning, and I started singing the first line of ‘Boy’, and I went: “Oh sh*t, this is something”. I jumped out of the shower and sang it into the microphone, literally there and then, put a piano down, built a beat and looped it, and then went back to the shower for my wash. And that’s how that song was born.  So there’s no time or place where you sit down to go write songs, they just come at you, whether it’s at 3AM when you’re trying to sleep, or when you’re having a shower at 9AM.

Sin: You’ve played at all the big Irish festivals, Electric Picnic, Indiependence, Forbidden Fruit, and now you’re going to Toronto in May to play Canadian Music Week, are you guys excited about that?

AS: Yeah, we’re totally charged for it. It’s going to be our first trip to North America, and we’re planning dates for the States too, while we’re there. That’s what we’re planning for 2015. We’ve been very fortunate; we got to play loads of festivals in 2013 and again last year. With this record, and the bigger sound, we want to just get it out of Ireland and take it to new territories, to develop and grow the fanbase. We see it as the next logical step in the band’s progress.

Sin: What was it like working with Stephen Hague on the new EP, the producer who’s worked with New Order and the Pet Shop Boys, what did he bring to the process?

AS: Work started with Stephen long before we even met. We had made contact with him early in the summer and we had sent songs over to him, just to see what thought, because we were trying to plan around the next record. There were a group of songs we were finishing but weren’t entirely there with and he would give us pointers. We were talking to a couple of other producers as well, and then we sent him ‘Boy’ and ‘One Chance’, and he got on the phone and said: “Let’s make this record”.  The reason we went for him was because he has a lot of hits under his belt, and you just have to look at New Order where he meshes electronic instruments and acoustic instruments together perfectly. Working with Stephan is a fantastic experience; it’s like having a fifth member in the band. He guides the ship a certain way and made us look more closely at our craft, in terms of fleshing out the bits that we thought we unimportant but ended up, after he polished them, being key moments in the song. He gave us a better understanding of how to finish something that we have, of taking it from A and bringing it to B, and then making it sound awesome too-to our ears.

Sin: The Running Ep is out on March 6. Can you give us a few details about that?

AS: There are four tracks on it, ‘Boy’, ‘Repeat’, ‘One Chance’, and ‘Jesus Babe’, and it coincides with an Irish tour through March and a couple of days in April. We’re going to hit up as many venues as we possibly can, and ‘Boy’ is also coming out on 6 March.

Sin: And apart from that, what are your plans for the year?

AS: We’re going to go to North America in May, and we’re doing our tour here in March and April. We’re also looking at dates in the UK and dates in Germany. This year the plan is to spend a lot less time here and a lot more time out of Ireland. We’re also going to try and get our album recorded by the end of the year.