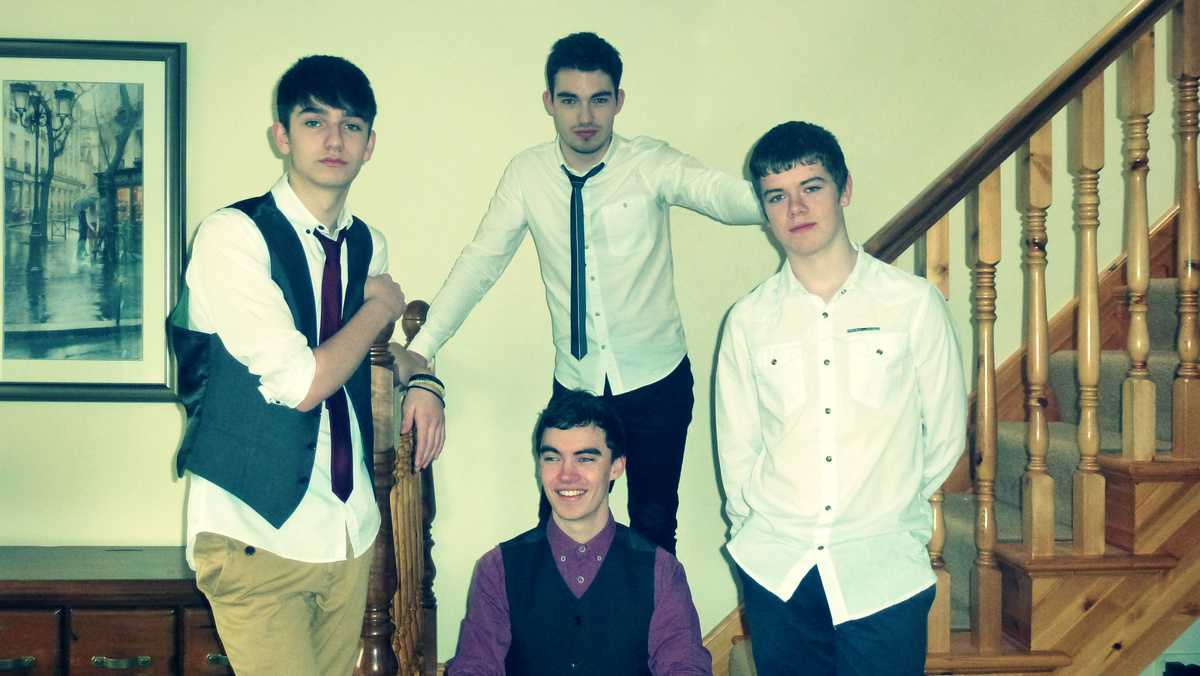 A young band based in Moylough, County Galway have had a particularly exciting start to their new year.

D-Day are a rock band consisting of brothers Darragh and Keith Whyte, alongside Chris Breslin and Cathal Sweeney. Just last Wednesday the band were preparing to welcome director Miguel Márquez as he began filming them for a new Mexican documentary by the name of Musical Exchange. But how did these two unlikely collaborators meet? “All of us in the band watched Breaking Bad”, Darragh (lead vocals, lead guitar) explained to me, “and they ended the show with this song (‘Baby Blue’ by Badfinger). None of us had heard it before but we had the simultaneous idea to cover the song because everyone will want to hear it after Breaking Bad. So we seized the opportunity and we put it up on YouTube hoping someone might see it. Then, low and behold, Miguel saw it”. Keith (drums) couldn’t quite believe it: “I came home from school one day and checked Facebook first, as you do, and I was like, wait, what? This is insane!”

But in a series that will later travel to Berlin and Florence, what was it about Galway and D-Day that attracted Miguel? “I watched Breaking Bad for a long time and when I saw them do that cover I was blown away. I think that these guys are really, really talented, otherwise we wouldn’t spend the kind of money we’re spending now, or come all the way from Mexico to Galway. We’re very sure the world is about to know that these guys and that they really kick-ass!”

As well as interviewing the band and family members to get their background information, Miguel hopes to show his audience the hard work that is necessary to make it as a band, hence the show’s social media tag ‘#NeverQuit’. “With the documentary we want to show Mexicans how bands from the other side of the world do it, and we want to show the Europeans that in Mexico it’s actually the same and that they suffer from the same growing pains”,  Miguel told me. “We want to gather those cultures and the world to see how it is in the places they live in, what their experiences are and what actually turns them on”.

The band have had a hectic few days, and have only known Miguel briefly but said that working with him has been a flawless experience so far. “He’s so down to earth. When we first met him last Wednesday immediately he was so easy to talk to and he makes us at ease, it was so natural. It never felt forced”, said Darragh.

Miguel also hopes to catch the band in action, and to shoot a music video. Darragh explained to me how good it is for the band to have Miguel’s experience and professional help on board: “He’s been fantastic, so incredibly professional, the footage is being shot in 4k and it looks more real than when I have my contacts in!”. But with that being said, it hasn’t been all glamour, as they found whilst shooting at Silver Strand early Saturday morning. Keith sums it up briefly: “Well, I nearly got pneumonia!”

However, overall the band are having a blast, and are really valuing this extraordinary experience. Miguel informs me that the show will be up on Netflix, and their recently shot video for ‘Movin’ On’ will be up on VEVO shortly.