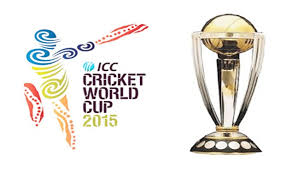 Almost eight years after our debut in Jamaica and four years after our famous victory over England in Bangladesh, Ireland are back in the Cricket World Cup. This years’ tournament is being jointly hosted by Australia and New Zealand, with Ireland being placed in a pool alongside some of the sports’ biggest powerhouses; India, Pakistan, South Africa and the West Indies. Ireland will also have to compete against Zimbabwe and the United Arab Emirates, a team considered to be massive underdogs.

Four teams will advance from this eight team group into the Quarter finals. Achieving this and replicating the success of 2007 will no doubt be the aim for this Irish squad. In order for them to do this, victories against Zimbabwe and the UAE will be needed along with a major scalp over one of the other teams. A win over the UAE is almost expected. They struggled in the same qualification group which Ireland won relatively easily, and Ireland were winners both times the two sides met.

Zimbabwe are one of Crickets’ ten test-playing nations,and therefore are a higher ranked side than Ireland. However they are very much a side that have fallen from grace. They reached their peak over ten years ago, coming fifth in the 1999 world cup and then sixth in the 2003 edition. In 2007, they drew their opening match against Ireland before going on to lose against the West Indies and Pakistan, who had been playing amidst turmoil in their camp following the defeat to Ireland and then the sudden death of their coach Bob Woolmer. Although victory over Zimbabwe is nowhere close to being assured, it’s one that Ireland are well capable of pulling off.

Apart from those two games, we’ll need to cause an upset to advance to the next stage of the competition. But if Ireland are able to do one thing at the highest level of cricket, it’s causing upsets, in 2007 it was over Pakistan and in 2011 it was over England. India and South Africa are currently two of the games’ elite sides, and therefore I think it’s more likely the Irish team are more likely to target Pakistan or the West Indies for that illustrious victory. However it has to be said, upsets can work both ways, and Ireland could always find themselves rooted to the bottom of the group following a shock defeat to the UAE.

At this stage I think it’s most likely we’ll finish fifth in the group with their being an outside chance of reaching fourth place. But if past editions of this tournament have taught me anything, it’s that you can’t rule anything out.