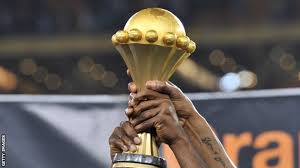 We’re down to the last four in the African Cup of Nations but it is not without surprises. Both Cameroon and the 2013 African Cup runner-up Burkina Faso exited at the group stage while Tunisia crashed out unexpectantly at the hands of the host Equatorial Guinea in extra-time of the quarter-final stage.

With all these unexpected results and no one standing out it is difficult to know who is actually going to be crowned champions for 2015.

Ivory Coast take on the Democratic Republic of Congo tonight (Congo DR) and there is nothing to suggest that either team has the dominant edge based on what has been seen so far.

The Leopards struggled through their group drawing all three games before impressively coming from behind to see off their rivals the Congo in the quarter-final 4-2.

Ivory Coast showed similar form only scoring a goal a game as they topped group D with 5 points – 1 win, 2 draws. Their 3-1 victory over a fluent Algerian side showcased glimpses of the class we have come to expect from the Elephants.

In that match, Yaya Toure came into his own and dominated the midfield something with which he failed to do in the group stage games. His ability to drop into his own half to collect the ball and then produce something from it – he had an 82.7% pass success rate – was the difference in the game.

DR Congo’s answer to Yaya is 20-year-old Chancel Mbmeba Mangulu who at such a young age has made his mark on this DR Congo side and the tournament for that matter. His passing stats read 89% for the group stage and a slightly lower 86% for the overall tournament and it will be interesting to see if Yaya can be stopped by his defensive midfield partner will he control the game.

The real matter is though, goals win games and each side has two prolific goalscorers and masters of their trade lining up for them.

Wilfried Bony is the name that will be familiar to most and Manchester City fans would have revelled at seeing him and Toure link up for his second against Algeria. I expect a very inexperienced DR Congo defence should find it difficult to cope with his ability.

The hopes of DR Congo solely rest upon Dynamo Kiev starlet Diemerci Mbokani who is having a fruitful tournament adding two goals to his 11 coming into it. If he is stopped there is not much in the way of attacking prospects for DR Congo. Yannick Bolaise and Youssuf Mulumbu might make an impact but they are average at best when you look at the quality the Ivorians have.

Overall, it should be a relatively easy victory for Cote d’Ivoire should they get it tactically right. Their experience in the latter stages of the tournament and across the more competitive leagues will stand to them from the beginning and if things start to get nervy they should hold their nerve and come out on top.

Prediction: DR Congo will live up to their nickname of ‘The Leopards’ and roar strongly but their sheer mass, size and ego of ‘The Elephants’ will eventually quash them.