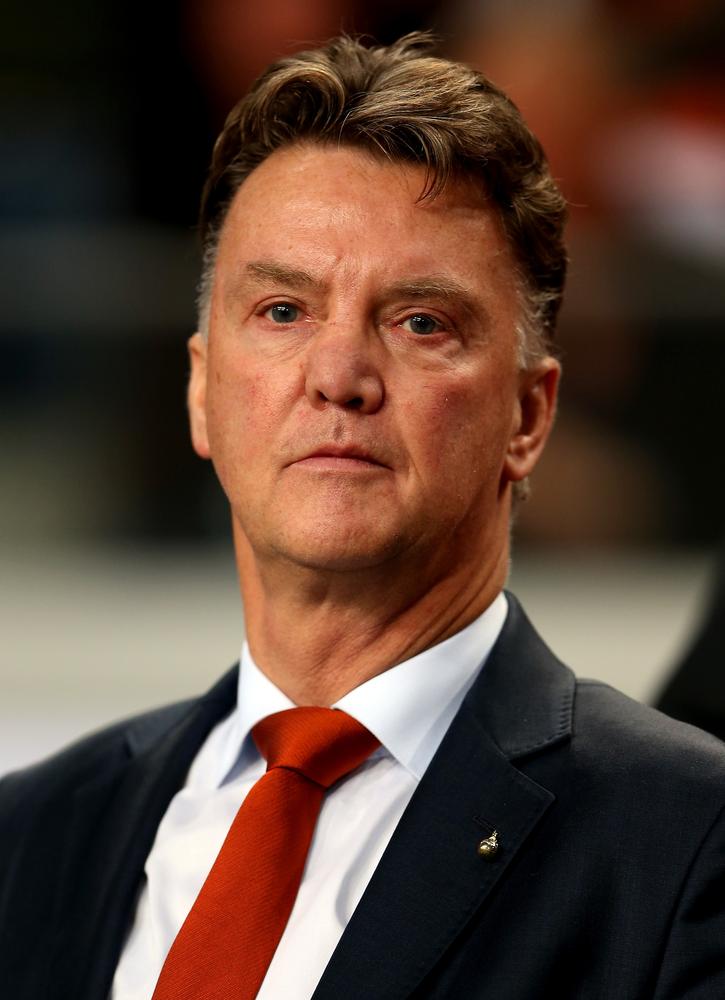 Whether it is the Dutchman himself promoting it, Jamie Carragher having pops at it from the Sky studio, or ex-players like Gary Neville and Paul Scholes scrutinising it, rarely has one word been uttered so many times while providing little understanding in the process. One is continuously left asking, “What does this ‘Total Football’ philosophy really entail?”

Total Football was originally the brain child of Jack Reynolds when he was the manager of Ajax on three different occasions between 1915 and 1947. It was taken up and adapted further by one of Reynolds players, Rinus Michels, who became manager of Ajax in 1965.

Michels ‘total football’ emphasised the importance of movement, player versatility and high levels of physical fitness. He implemented a style of play whereby all 10 outfield players are comfortable operating in any position on the pitch.

The only player with a fixed position is the goalkeeper. Defenders, midfielders and attackers are all free to interchange with one another, taking advantage of any space left open by the opposition.

Total Football is a system focused on controlling and creating space. A player who moves out of his position is replaced by another from his team, thus retaining the team’s intended organisational structure at all times.

This is an incredibly fluid system that requires intelligent footballers in order to be successful. It focuses completely on the team as a unit and less on the individual. Each player needs to know where he has to be and must retain his focus and discipline at all times.

Despite van Gaal being associated with a 3-5-2 formation during his time in England, the formation used with his philosophy is not an overly important factor. He played 4-3-3 with Ajax, 2-3-2-3 with Barcelona and 4-4-2 with AZ Alkmaar. The philosophy, however, always stays the same.

Van Gaal has continuously proclaimed his philosophy to be focused on providing a spectacle of attacking, entertaining football. However, the problem most evident up to this point in the season is the lack of risks his team is willing to take.
The Red Devils have averaged fifty-nine per cent ball possession and a pass success rate of eighty-nine per cent up to this point in the season. Only Manchester City has managed to trump this latter figure.

The problem is that these statistics have not translated into chances created or goals scored; United currently average 12.5 shots per game. Chelsea and Arsenal stand at 16 and City at an impressive 18. Louis’ men have scored 36 goals in the league in comparison to Chelsea’s 51.

These figures result from the fact that ‘the philosophy’ prioritises retaining possession of the football over taking a risk. If there is not a safe pass on the ball tends to be played backwards rather than taking the chance of firing a cross into the box for example.

While retaining possession nullifies the opponents ability to build attacks, the lack of risk taking has made United a dull team to watch throughout this season. Despite having world class talent in most positions, they have only shown glimpses of brilliance thus far.

Van Gaal has long been considered a stubborn man. He has created waves in the past with his refusal to stray from his philosophy during his time at Barcelona and Bayern Munich. He has already displayed this stubbornness in his time at United.

United currently lie fourth in the Premier League table, a massive twelve points off pace setters Chelsea. Critics have pointed to the fact that David Moyes had the very same points total as the Dutchman at the same point last season.

However, van Gaal has traditionally been a slow starter. While in charge of Ajax in 1991, his team took just 20 points from their first sixteen league games. However, Ajax went on to win three league titles, the UEFA Cup and the Champions League in a little over three years.

Similarly, van Gaal’s Barcelona side got off to a stuttering start in1998, winning just five of their opening fourteen league matches. When everything finally came together they won 19 of their next 24 games and strolled to the La Liga title by a comfortable eleven point margin.

At Bayern Munich in 2009 he could not have had a worse start. Winning five of their opening 13 matches, Bayern found them-selves in eighth place by November. They then went on an unbeaten run until March and won the Bundesliga title by five points and the German Cup.

However, van Gaal’s tactics and methods of management have not always paid off. When he returned to Barcelona for a second stint in 2002 he lasted just five months in the job. He left with Barcelona 20 points off the top of the table and just three above the relegation zone.

Similarly, after winning a domestic double in his first season at Bayern Munich, his second season saw him sacked for poor performance and for falling out with those above and below him.

However, more often than not the Dutchman has delivered. He has coached for almost 25 years and has delivered a league title with every club he has managed. He is a European champion who has managed to contribute to the development of some of the finest footballers in the game.

Seedorf, Litmanen, Kluivert, Overmars, Ronald and Frank De Boer, Victor Valdes, Xavi, Iniesta, Muller, Kroos and Badstuber are some of the names given their opportunities by the enigmatic Dutchman.

If United can master the ‘total football’ philosophy and add goals to their already impressive possession stats, the Red Devils could become a force of nature once again. ‘The philosophy’ mastered has the potential to be incredibly effective in the Champions League.

The Premier League title is out of reach for United this season. Securing Champions League football must be the priority. Doing so would make van Gaal’s first season in England a success. It would provide the foundation on which he can certainly build on.

He has left his mark wherever he has been. Given time, Louis van Gaal will most likely do so at the Theatre of Dreams.