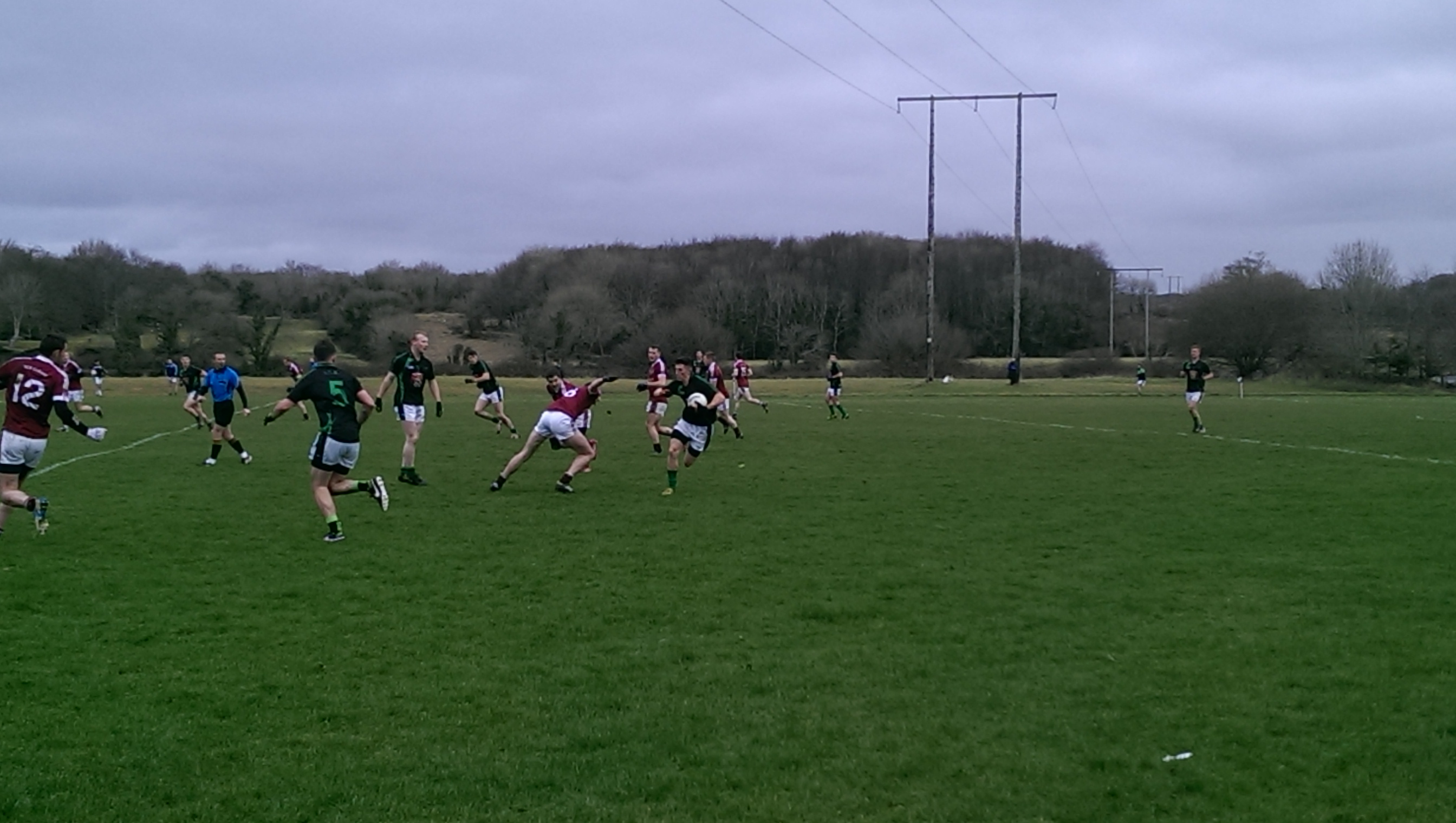 NUI Galway entertained IT Blachardstown in their Preliminary Round Sigerson Cup tie at Dangan and the men from the west enjoyed a comfortable ten point victory in a physical, uncompromising encounter.

Peadar O Griofa was on top form as he slotted six points for NUIG, five from frees, and fellow forward, Cian Connolly, chipped in with four of his own.

Despite the lop sided score, the visitors were the first to trouble the scoreboard with a point by midfielder, Eoghan Mac Philibin. O Griofa cancelled that out with his first of the day from a free.

The match sparked into life in the 10th minute when Corner Back, Dylan Stephens, clashed with NUIG full forward, Adrian Varley, leaving the Galway man on the floor. After consultation with his linesman, referee, Duffy, handed Varley a yellow and a straight red to Stephens for an adjudged elbow to the face.

Robert Kiely and Gavin McCoy exchanged points before David Cunnane and Cian Connolly opened up a two point advantage for the home side before player/manager Graham Geraghty pulled one back from a free.

NUI Galway did not have a man extra for long as Varley, already on a yellow card, almost removed left half back, Donal Courtney’s head from the vicinity of his shoulders. The referee handed the full forward a black card resulting in a red for the Galwegian.

With the teams back to the same numbers it would have been expected that the contest would have been a cagey, close affair, however, the home team reeled off five consecutive scores, two from the left boot of O Griofa and one each from Cunnane, Kiely and Connolly, to go in at the break 0-8 0-3.

The second period started the same way the first had ended with NUI Galway on the attack. But for an outstanding save from Blanchardstown keeper, Michael Carey, Connolly would have been celebrating a goal.

O Griofa grabbed his fourth and fifth points of the match before midfielder, James McAleer, nailed a beaut of a 45 for the away side.

However, that was as close as IT Blachardstown came as the home side reeled off seven points to end the game as a contest.

All Ireland medal winner, Geragthy, had a quiet day at the office which was summed up in two instances; one, where he skewed a pass so badly that it nearly ended up in the Corrib river and two, a missed free on the 21 right in front of the sticks. His frustration clearly got to him as he was yellow carded for dissent.

The visitors had the last say as the ever willing centre half back, John Comerford, went on a mazy run and fired low to the right of NUI Galway keeper, Donal O Sullivan, for a consolation goal.

Next up for NUI Galway is a trip to St. Mary’s in Belfast.