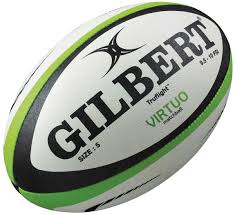 Another exciting weekend of European Cup rugby has just passed. Let’s see who was a Hit and those who would rather forget this week’s action.

The Red Hands had nothing to play for but pride after having their elimination from the Rugby Champions Cup last week confirmed with a defeat to Toulon. But the Northerners produced arguably their best performance of the season to date with a bonus point victory over the Leicester Tigers. Ulster’s showing was full of pride and commitment as they blew away the visitors in the opening fifty minutes. Outside centre, Darren Cave, reminded Joe Schmidt that there are other contenders for Ireland’s number 13 jersey by plundering a hat-trick of tries. The result is something for beleaguered coach, Neil Doak, to build on as his charges push for the Pro12 playoffs.

Like their Irish counterparts, Ulster, the Southern province had nothing to play for but the jersey and a nine try demolition of Sale Sharks in Limerick will go some way in softening the blow of being knocked out of the pool stage for only the second time in 18 seasons. In an evenly contested, mundane first period Munster only led the Salford based side by three points. However, whatever coach, Anthony Foley, said at the interval certainly worked as the Reds scored 52 points and eight tries. The win is too little too late for the Southerners but it gives them hope going into the business end of the Pro12. 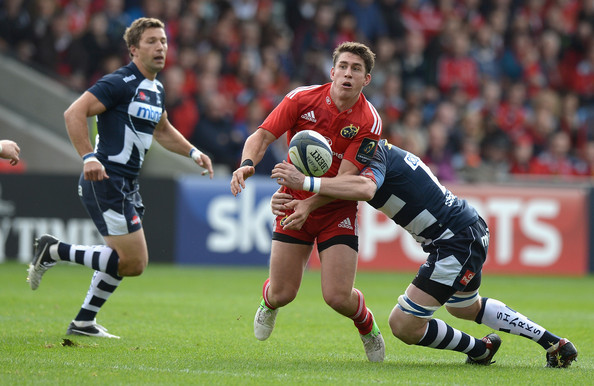 One of the shock results of the weekend as the Parisians annihilated the Premiership champions at Franklin’s Gardens 32-8. Welsh centre, Jamie Roberts, capped a Man of the Match effort by scoring the bonus point try. Racing have qualified from the pool stages as the number one seed and they will face Saracens in the French capital. On this form the ciel et blanc are dark horses for this year’s tournament.

The West Country side topped Pool 4 after losing their opening two matches. However, four wins including three try bonus points sent Mike Ford’s men to the summit of the Pool and a Dublin date with Leinster in the spring. And if Bath can reproduce their last four European performances then they can and will go a lot further than many would have expected.

The French official, who is no stranger to controversial decisions, found himself having to make a massive decision after only 17 seconds in Coventry on Saturday. Wasps’ backrow, Ashley Johnson, collided with Dave Kearney in the air resulting in the winger having to be removed from the field. Now if we can hark back to Belfast in April last year, the exact same incident happened between Ulster’s Jared Payne and Saracens’ Alex Goode. Garcès sent Payne off after four minutes, changing the entire complexion of the contest. Therefore, applying the same logic as Garcès, Johnson should have for an early bath. But the referee only gave the South African a yellow. Oh what must Ulster fans and Jared Payne be thinking?

With Jonny Sexton certain to miss the first two Tests of the Six Nations championship, the Dubliner had his opportunity to show to Joe Schmidt that he is able to handle the pressure. However, the Blackrock man’s place kicking was absolutely dreadful as Leinster scraped over the finish line with a draw to qualify for the knockout stages. Will perfectionist Schmidt hold this against Madigan when selection time comes around for the Italy game in less than two weeks?

The chunky flyhalf has always been a dependable source of points for any team at which he has plied his services. And again his accuracy from the kicking tee brought Wasps back into the contest at the Ricoh Arena. However, with the clock in the red Goode attempted a drop goal which he skewed badly wide to the right of the uprights. For someone of his prestigious skill with the boot, the ex-England international would have been expected to nail the chance and send his side through as Pool winners.

Four wins from the first four games had the Rouge et Noir in a dominant position heading into the final rounds of the Pool Stages. But a hammering by Bath in the Stade Ernst Wallon, Toulouse’s heaviest defeat ever at home in Europe and a thrilling one point loss to winless Montpellier sees Guy Novès men fail to even qualify as a best runner up. Novès said before the contest with Montpellier that he didn’t mind going out of Europe in order to concentrate on domestic form. Looks like the French rugby genius has got his wish!