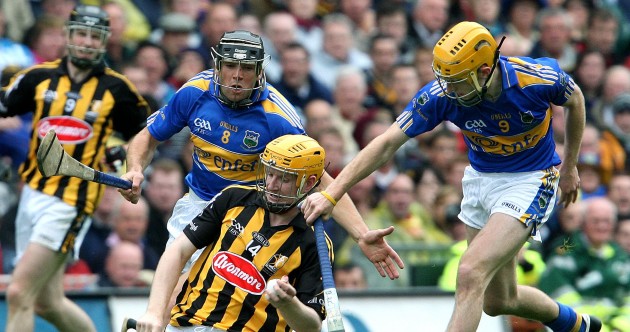 Last Saturday evening saw Kilkenny and Brian Cody claim another All-Ireland title. Their harassing and tormenting of Tipperary saw them eke out a three point victory in an enthralling All-Ireland Final replay.

How would the replay live up to the drawn game, which was dubbed the greatest game of all time? As it turned out, the replay, in many ways, couldn’t have been more different than the first.

The intensity was almost absurd in the opening 10 minutes with every ball being fought for as if it were the last. On many occasions, it was the third or fourth man having a bite at the cherry who would emerge with the coveted sliothar in his clutches.

Kilkenny seemed more fired up in the opening exchanges. But it was Tipperary who opened up a two point lead early on, thanks to scores from Shane McGrath, who would end up with 0-3 and Noel McGrath.

The Cats weren’t behind for too long and duly replied with four unanswered points through Richie Hogan (2), Eoin Larkin and T.J. Reid.

As the half progressed, both teams were making mistakes; Kilkenny dropped at least three balls into the hands of Darren Gleeson. Tipperary took too much out of the ball with aimless solo runs instead of leaving the ball in fast; a tactic which proved fruitful when they chose to implement it.

The hooking and blocking was marvellous with the defences mopping up countless balls. They hunted in packs and turned each other over many times, however, Tipperary missed goal chances they would live to regret.

John O’Dwyer struck over a point to reduce the gap to one as the game reached a plateau, with everybody taking a collective breath. Seamus Callanan knocked over a free, but Michael Fennelly had Kilkenny in front immediately as he swung over a wonderful score – 0-5 to 0-4.

When Tipperary ran at Kilkenny they caused enormous problems and when Callanan latched onto a pass from O’Dwyer, a goal seemed certain. But J.J. Delaney had other ideas and intervened with an unbelievable last gasp hook. A free from Reid compounded Tipperary’s hurt soon after.

Proceedings were once again careering towards half time when Tipperary struck a hammer blow to the Cats. Lar Corbett ran onto a dropping ball and headed straight for goal before fizzing a hand pass to Callanan who finished low to the net.

Tipperary probably felt they should’ve been further ahead at the break. The teams halved four points between them and The Premier county men headed to the dressing rooms with a two point advantage, 1-07 to 0-08.

The second half resumed with a guilt edged goal chance for Kilkenny, which Darren Gleeson saved brilliantly with a deft flick of his hurley. Kilkenny however, would level matters within four minutes of the restart.

Two from Colin Fennelly had Kilkenny firmly in their stride. Every attack was like black and amber clad troops storming the Tipperary full back line. But for blatant fouls, Kilkenny would’ve been out of sight with twenty five minutes to go.

As it was, Kilkenny were three up. Kieran Joyce was producing the performance of a lifetime, keeping the usually menacing Patrick ‘Bonnar’ Maher eerily quiet. The forwards were finding space and Tipp were struggling.

Noel McGrath got Tipperary off the mark in the second half which was quickly followed with a Callanan free to leave one between them.

The flow of this game was disrupted, not by poor refereeing – Brian Gavin was thankfully invisible throughout – but by uncharacteristic wides by both sides.

The fiftieth minute saw a single passage of play that encapsulated the whole affair; hooks, blocks, shoulders, and a fine finish from John Power. A psychological boost for Kilkenny!

John O’Dwyer replied with a good score of his own. Seconds later, a heroic show of dedication from James Barry saw him block a goal shot with his head, breaking his helmet. The final quarter loomed with just a single point separating them.

Eoin Larkin got his second from the right side-line as somehow, miraculously, the break-neck intensity barely dropped. With thirteen minutes to go, Tipperary were awarded a dubious penalty after ‘Bonnar’ Maher and Kieran Joyce tangled. However, Kilkenny were happy to see Callanan tap it over.

Another psychological boost for Kilkenny!

In the space of three minutes Tipperary turned their nose up at a goal shot, Henry Shefflin sneaked onto the pitch and Richie Power caught high above Bergin to finish past Gleeson.  Four point game, 10 minutes to go.

A Callanan point brought it back to three but once again, Kilkenny struck back with a goal of their own from John Power to take a commanding six point lead.

O’Dwyer converted another free. Padraig Walsh capped off a tidy display with a massive point, and the tireless Brendan Maher showed Tipperary weren’t giving up with a well taken point.

Try as they might Tipperary couldn’t overturn the deficit, despite a late goal from talisman, Seamus Callanan.

It would be Kilkenny and Colin Fennelly who would have the final say, as the 2014 All-Ireland Final ended 2-17 to 2-14 in Kilkenny’s favour.