Sunday night’s 56th annual Grammy Awards ceremony in Los Angeles – the U.S.A.’s biggest night for the music world – was a celebration of music and dance under the motto of ‘Love and Acceptance’. 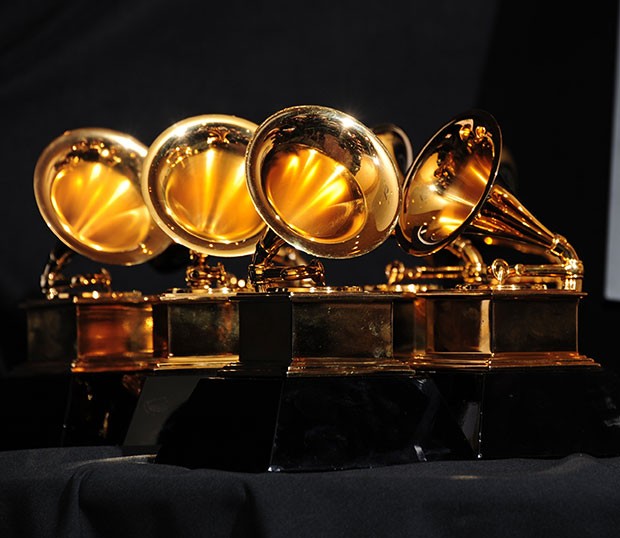 Old stars and a few newcomers were honoured and a surprise mass wedding took place during the ceremony presented by Cyndi Lauper. The festivities were opened by Beyoncé and Jay Z’s performance of her new song ‘Drunk in Love’, leaving the audience mesmerized. After 10 years the power couple still seem completely and utterly crazy about each other, proven by Jay Z’s hands on Beyonce’s admirably curvy behind during most the performance.

Robin Thicke’s performance of ‘Blurred Lines’ together with the rock band Chicago seemed rather tame by comparison, maybe because he purposely avoided any unwanted attention after last summer’s controversial performance with Miley Cyrus.

Four Grammys, including best album and best record of the year went to Daft Punk for Random Access Memories and their song ‘Get Lucky’. Dressed up in their famous storm trooper outfits the two French DJs performed ‘Get Lucky’ and accepted their awards in complete silence. Producer of the year Pharrell Williams thanked the audience on “behalf of the robots”.

New Zealand newcomer Lorde was awarded Best Pop Solo Performance and Best Song of the Year for last year’s hit ‘Royals’ which she wrote at the tender age of 15. She performed live on stage causing the audience and fellow artists to fall for her strong vocals and meaningful lyrics. New to the scene she released her debut album Pure Heroine last September and has already won the hearts of millions of fans. At age 17 she is the third youngest Grammy winner in history.

The highlight of the evening without a doubt was the mass wedding of 33 hetero and homosexual couples on stage to Madonna’s performance of a mash-up of ‘Open your Heart’ and ‘Same Love’ by Macklemore & Lewis. Producer Ryan Lewis who won Best New Artist and 3 more awards in their field together with rapper Macklemore later disclosed that his sister and her partner were among the 33 couples on stage. They publicly admitted how touched and overwhelmed they were by their achievement.

In contrast to new young artist Lorde, Paul McCartney was also among the winners and performed his latest single ‘Queenie Eye’ with fellow Beatle, Ringo Star.
Taylor Swift ended the evening with an astonishing piano performance, although having missed out on all four awards she was nominated for.

A full list of all the winners can be seen here.