The President of NUI Galway Dr Jim Browne has expressed his sadness at the death of 95-year-old Nelson Mandella who died last Thursday following a fight with illness. 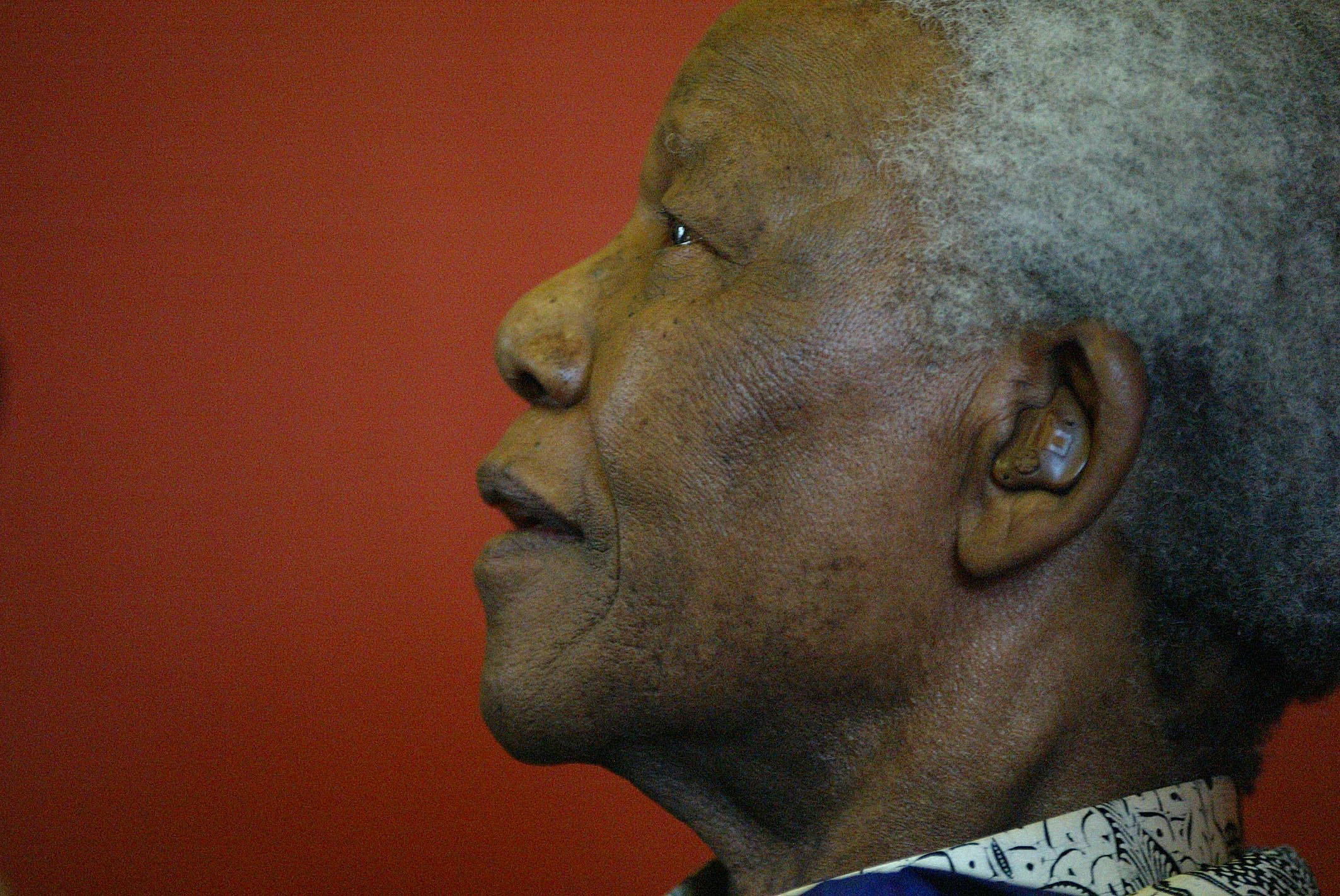 According to Dr Browne, this year marked the tenth anniversary of Madiba’s honorary conferring which took place in NUI Galway on 20 June 2003.

Dr Browne referred to this as one of the most memorable occasions in the University.

In a statement release last Friday morning, Dr Browne said; “On behalf of NUI Galway, I join with the global community in expressing our sadness at the passing of one of the world’s most beloved leaders.

“Nelson Mandela was – and will remain – one of the most highly respected statesmen in history.

“His capacity to endure political persecution and imprisonment and, most remarkably, to move beyond personal injustice to become the embodiment of reconciliation in post-apartheid South Africa has made him a lasting and powerful global symbol of goodness and integrity.

“As an honorary graduate of NUI Galway, Madiba has a special place in the affections of NUI Galway staff, alumni and students.

“This year marks the tenth anniversary of his honorary conferring on 20 June 2003, and we still cherish vivid memories of the day of his visit. That day counts amongst the most memorable occasions in the history of our University.

“With a strong academic tradition in human rights law and public policy, we in NUI Galway are especially proud to count Nelson Mandela amongst the ranks of our alumni and for our university to be forever associated with his name.”

A book of condolences for Nelson Mandela has been opened to the public in NUI Galway and can be found in the Atrium of the James Hardiman Library until 8pm this evening (Monday). 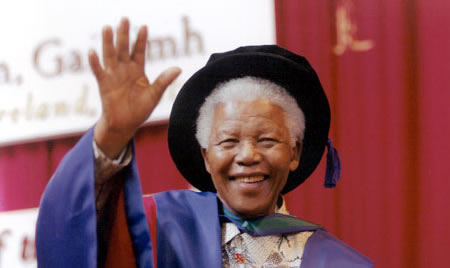 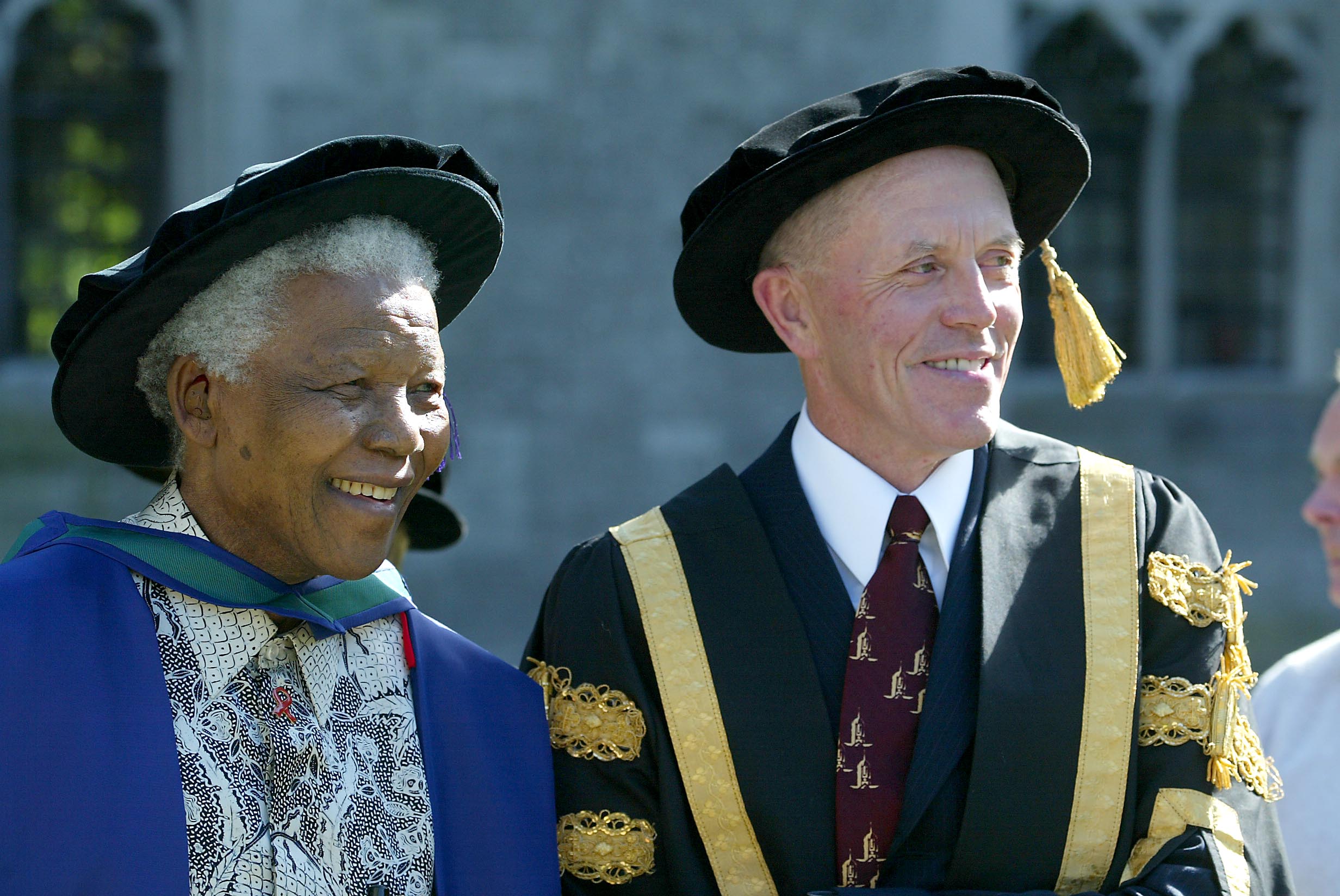 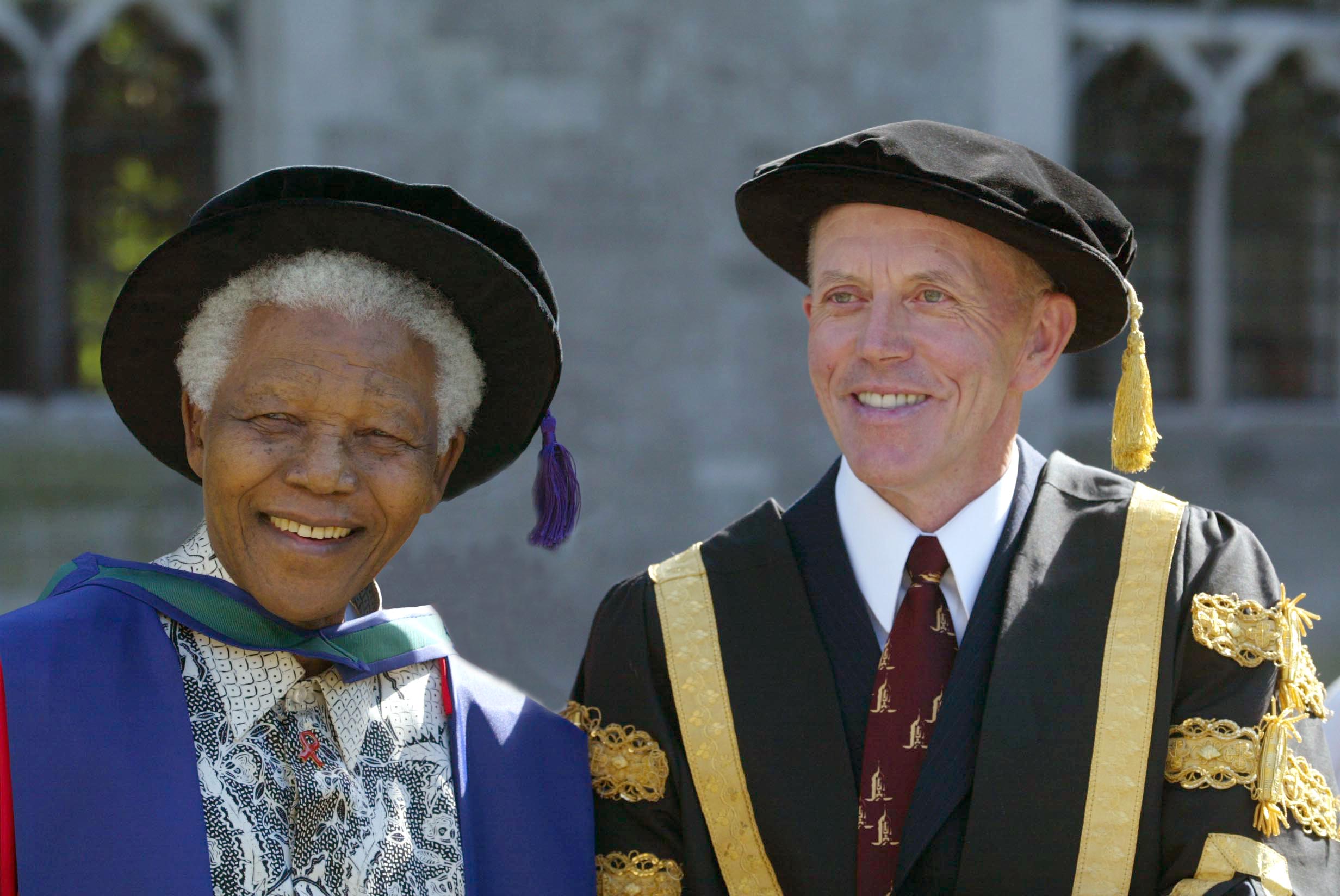 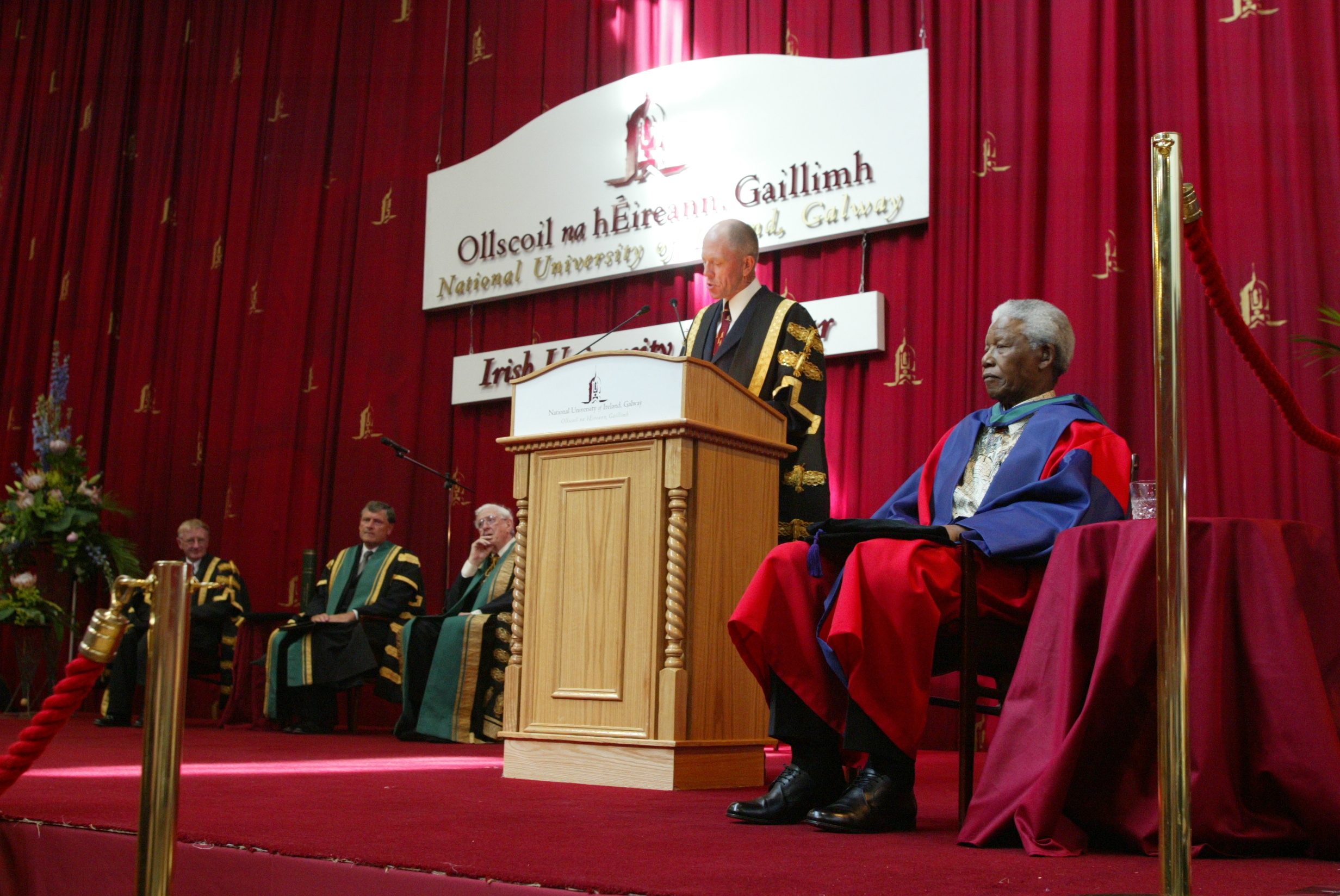