It’s the question that has been asked by society many times and in this week’s debate, Fionnuala O’Leary and Maria Keenan debate whether or not prostitution should be legalised… 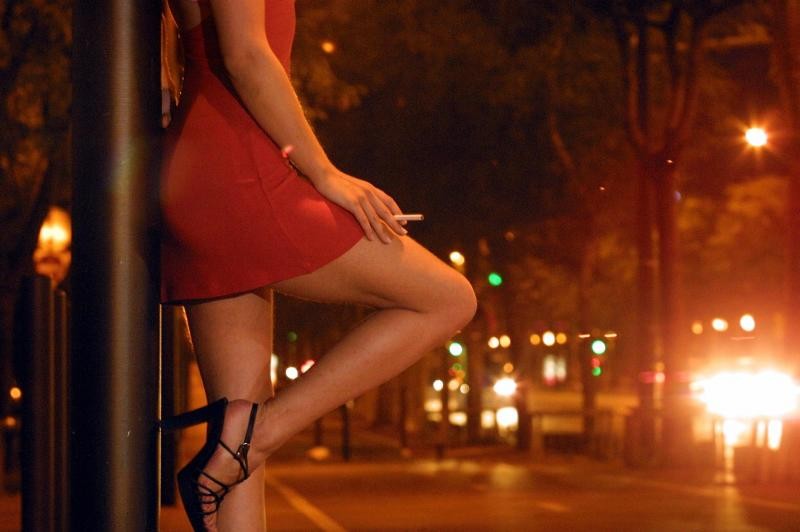 Irish Prostitution and its Regulation: The case for legalization.

Every man has his price. With increasing frequency, Irish women are forced to see this as a reality rather than a proverb.

To those of us with even the basest amounts of compassion, prostitution is repugnant. It appears obvious to us that there can be no morality in selling one’s body and one’s emotional stability.

For swathes of women (and, though often overlooked, men) who enter into this occupation each year, it is undertaken with desperation.

The trade-off these individuals face is one which rationality, under normal circumstances, dictates cannot be worth remuneration.

However, we do not live in ordinary times. Poverty is becoming ever more brutal. With unemployment rampant and resolutions few, with debt insurmountable and the continual necessity of survival ever present, more Irish citizens are forced to resort to means of solving these problems which they would once have never considered.

I concede the darkness of these times. So too do I recognise that prostitution should not be proliferated, but the reality we must surrender to is that this industry is one which will not dissipate as is and has not since its inception.

What, then, does this mean for the destinies of those entering into prostitution in its modern guise? The choice is harrowing. There is no respect allotted to these individuals.

Much though we preach the abhorrence of the situations prostitutes find themselves in, we face other challenges which hinder our compassion. For one, we feel that there is a sacrifice made by those who enter into the sex trade which we cannot conceptualise.

Further to this, the consensus is that there is a still a choice involved and that these women have sacrificed their self-respect, an act which can never be tolerated.

What we fail to consider is that a choice fails to be exactly that when we are pressured into it. In this case, the choice is sullied by financial pressures.

If this is not enough to convince you of the woman’s innocence in habitually selling herself, let us consider that the income she receives for her actions is intended for the betterment of her future.

No one at the start of their journey through the sex industry sees their decision as an eternal one. Prostitution is also a means to an end for the prostitute.

To reinforce the idea of these good intentions yet more, we must consider that the profits from her actions are often used with the intention of bettering her family’s or other dependent’s future. All of us should be entitled to aspirations and, in hurting no others, should not be judged for these.

Practically, legislation can alleviate some of the hazards of the trade. For one, self-incrimination is mooted. There is no detailed contract in prostitution. Though the time and fee may be agreed these, along with certain tenets which one would take for granted in regular sexual relations, are breeched.

Too often are women assaulted in the sex trade. These people are left physically brutalised with no means by which to report their assailant without also surrendering that they too are criminals.

The same is true of a client overpowering those from whom they are buying sex. The prostitute is already in a morbid state of vulnerability and now must also realise that their consent means nothing. They can be tossed away and left unpaid. Victims, if seen as the innocents they are, can then report their injustices.

Legislation can introduce contraceptives. Even under some unregulated yet thriving sex industries, this has become the norm. In both Mexico and Bangladesh, this is insisted upon and obliged.

However, in western countries this seems to be overlooked. Perhaps this is a question of ‘quality of service’, but the negligence must be abandoned for the sake of health. Legislation can provide a physical security for women. The introduction of panic buttons in various red light districts has led to tangible decreases in assaults and provides solace.

As to this question of morality, is it not moral to protect as many of our citizens as we feasibly can? There are arguments contradicting the legalization of prostitution which suggest that the issue will not go away.

These opponents insist that the market will simply be pushed to the underground. This argument contra legalization is absurd. In acknowledging that the sex trade cannot be abolished, this side favours the status quo, the repugnance of which we have already established.

We favour a quality of life many others are too negligent or terrified to offer sex workers and we can establish its feasibility. We do not accept that nothing can be done and that this will never end.

The interim is our time and this is when we must act.

Irish Prostitution and its Regulation: The case against legalization

Legalizing paid sex is fundamentally unethical. It is a source of contention within the Oireachtas and countrywide due to the growing Irish sex trade, in areas such as Catherine Street in Limerick city.

Those who argue that prostitution should be considered a legitimate “profession” under the pretence of human rights should consider what a physical and psychological toll it actually takes. Prostitutes may gain financially, but what does one lose as a result?

In her book, Paid For: My Journey Through Prostitution, Rachel Moran, a former Limerick prostitute, gives us an insight into the harsh realities of the business.

“The most potently damaging element in the prostitute experience of violation is the voice that communicates with actions. It says: you are nothing,” she explains.

This is not a ‘voluntary’ occupation and it is rare that any prostitute will profess their enthusiasm for the job. To render something like prostitution as legal, something so insidious and damaging, as a viable career path, is utterly laughable, is it not?

There are ‘traditionalists’ who advocate legalization, on the somewhat shaky grounds, that prostitution is “the world’s oldest profession”, thusly earning its right to exist because it can never truly be abolished.

Call me old-fashioned, but when did our moral conscience roll over and die? What of slavery, another oppressive institution? Had slaves been afforded trade unions, had they been taxed, had they been given an economic purpose like the rest of the employment sector, yet remained subservient by the very nature of their work, had all this been done, would anything have changed?

That is to say, a ‘slave’ would always be just that: an inferior, never equal; likewise in prostitution, where the worker is a slave to the punter’s sexual will. Would slavery be ‘okay’ if the law dictated as such? Would prostitution?

In Prostitution, Trafficking and Posttraumatic Stress, authors Colin A. Ross, Melissa Farley and Harvey L. Schwartz discuss the psychological damage it entails; “The existing data suggests that almost all who are in prostitution suffer from at least one of the following types of disorders; dissociative, posttraumatic, mood or substance abuse.”

Perhaps there would be STD screenings if prostitution was legalized. Irrespective of this, contraception is not always reliable (illness, human error etc.).

An unwanted pregnancy, courtesy of a random client, raises a number of complex issues for the woman involved. The autonomy of the sex-worker is void by virtue of the fact that they must give themselves to another, at a cost that is not namely physical payment. It is in no way an exertion of free-will, but rather desperation.

As evidenced by Doras Luimni’s concern for Limerick migrants, it is a different social playing-field in comparison to the Nordic regions.

Ireland’s sex-workers are for the most part, trafficked women, the poverty-stricken and drug-addicts. They do not want to be a ‘professional’ sex-worker and thus, forgo their anonymity in being registered with the State for tax. They do not want the trauma they experience to be legalized.

As one Law student said to me; “Where do we draw the line: prostitution, then drugs?” Accordingly, some form of forcible rehabilitation for drug abuse, psychological trauma and employment is necessary.

The idea that legalization would fully protect the workers is naïve. Just look at the booming sex-industry in Amsterdam. Instead of giving prostitutes the incentive to leave, legalization has informed the public consciousness that is acceptable to put your body up for sale in a window, like an unthinking, unfeeling, unemotional object.

No matter how vigilant security may be, the threat remains. Take Zurich in Switzerland, for example, where prostitution is legal (akin to Germany and New Zealand). Drive-through ‘sex boxes’ have been built there – hut-like structures complete with panic-buttons and open doors.

Now, if the aim of this is to ‘protect’ the workers in a safer environment, does the inclusion of that button not contradict this? Does ‘panic button’ not indicate danger?

Prostitutes will still be at risk regardless: they are always at the mercy of the men they are paid to please, hence why such an unethical practice should not be embraced.

To legalize the sale of sex completely, would be to legitimise it. Furthermore, in the countries that have acquiesced through legalization, there is no proof that in doing so, they have lessened the associated problems.

Ruhama, an organisation helping women affected by prostitution, maintain that it should be seen as “an issue of violence against women,” that the punter should be culpable in lieu of the woman.

Just as the complete decriminalisation of prostitution is not the solution, nor is leaving legislation as is. If the act itself as illegal yet criminalises the buyer and not the prostitute (‘The Swedish model’) we are one step closer to abolishment.

To opinion that abolishment is unrealistic, that we should incorporate an immoral convention, I, along with the National Women’s Council of Ireland and countless others, refute this.

Not only is it wrong in the humane sense, but legalizing prostitution completely is an improbable expectation in the Irish context; mere fantasy. It will never happen. A change in legislation however, could very soon become fact.

Do you think prostitution should be legalised? Let us know your opinion in the comments section.