With only days to go before the country decides whether to abolish the Seanad or not, Martha Mahoney discusses a public debate held recently by Senator Fidelma Healy-Eams… 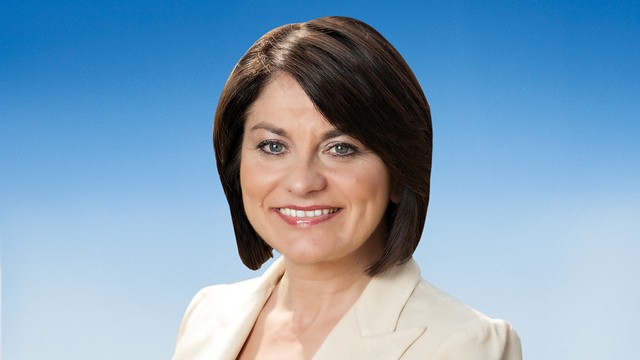 Who – Sponsored by: Senator Fidelma Healy-Eames

Senator Fidelma Healy-Eames hosted an open debate the night of Monday 23 September at Eyre Square’s Hotel Meyrick, to address the first of the impending plebiscites in a forum entitled, “Retain & Reform the Seanad.”

“Remember you have a voice,” the senator contended to the audience, before discussing her opinion on the issue.

Sen. Healy-Eames presented the public not only with the reasoning for her opposition to the 32nd Amendment of the Constitution, Abolition of Seanad Eireann; moreover, she offered defense and validation for the existence of the Seanad.

Although well-meaning in the present, austere measures such as Abolition of Seanad, which would allegedly save the Irish government €20 million a year if passed, can have a devastating long term effect on effective representation.

Its passing would ensue in “danger,” according to Sen. Healy-Eames, who warned that the state of democracy in Ireland would be threatened without the body of the upper house, which plays a pivotal role in the checks and balances of the Oireachtas.

Sen. Healy-Eames was joined by two political experts, Mr. Noel Whelan, a Dublin-native and founding member of Democracy Matters, and Ms. Shivaun Quinlivan, Lecturer Above the Bar in Constitutional Law at NUI Galway.

Following Sen. Healy-Eames’ opening remarks, both panelists spoke for eight minutes on the insurgence of voting against the Oct 4 referendum, as well as the demand for transformative Seanad reformation.  The remainder of the meeting was designated for a question and answer forum, to provide for an open dialogue between the panelists, Sen. Healy-Eames, and the attendees.

Whelan, who Sen. Healy-Eames introduced as, “a barrister, author, political analyst, and columnist,” discussed the potential for the Seanad’s transformation process, and how this arm of federal government could be, “a vehicle for change in all of Ireland.”

Whelan expressed shock and disdain that the current government’s response to the economic crisis called for the abolition of the Oireachtas’ upper house.  Rather than such an upheaval, Whelan insisted that, “we can reform the Seanad without constitutional change.”  He specifically cited Seanad Bill Number 49 of 2013, sponsored by Senator Katherine Zappone, Senator Feargal Quinn, and Senator Mary Ann O’Brien, as exemplary legislation that would alter the Seanad electoral process without calling for a constitutional amendment.

Quinlivan, as the second panelist of the night, laid out her stance against the referendum.  She made it explicit that she was not speaking to defend the current Seanad, nor does she want to abolish it.  She expressed the great potential that the Seanad possesses, potential to which can be tapped into by what Quinlivan called a “democratic revolution.”

Quinlivan offered two options to bring her alluded revolution into fruition: the passing of Seanad Bill Number 49 of 2013; or a constitutional change which would create a legislative body that is different and separate from the Dail.  Either way, Quinlivan concluded her eight-minute segment with, “[t]he one power we have is control over our constitution.”

As the forum transitioned into the active discussion portion, Sen. Healy-Eames reiterated, “[r]emember, you have a voice,” encouraging participant involvement.

“I don’t want to live in a country that’s a follower.  I want to live in one that’s a leader… and that’s what Seanad Reform could do,” commented Mr. Lee, of County Galway.  Lee’s comment came in lieu of the recent defense by Fine Gael members for the Abolition of Seanad, who have endowed countries such as Denmark, Sweden, and New Zealand which have achieved success for abolishing their second chamber, as leaders and as exemplary for Ireland to follow during its present austere times.

All three speakers at Monday’s forum, as well as the many active participants in the audience, expressed deep discontent with the present state of the Seanad, and came to the agreement that the response to their dissatisfaction was not abolishment of the Seanad, rather, a transformative reformation of the legislative body.

What will you vote on Friday? We’d love to hear from you in the comments section.