The drama with Pat Kenny and RTE was all over the news only a month ago, and with Sean O’Rourke taking Kenny’s place in RTE, Daragh Small analyses the performance of both… 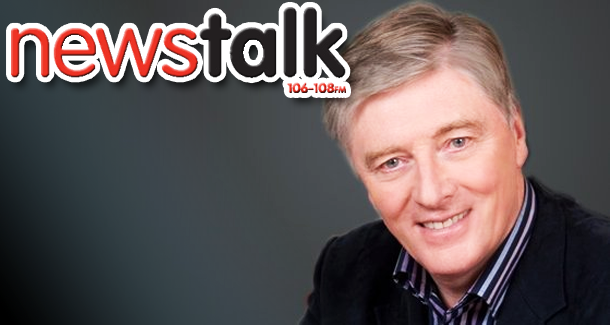 In recent weeks all facets of the media have been engulfed by the enthralling battle for supremacy between Sean O’Rourke and his predecessor in the lunchtime slot on RTE. Television, radio, newspapers and billboards have all been used as two opposing propaganda machines locked horns in what seemed to mirror something from World War II.

Other than mine of course, my favourite analysis came from the provocative views given a recent Independent supplement by a certain Brendan O’Connor. He equated the media hype surrounding Kenny v O’Rourke as the be-all and the end-all, suggesting that this was “our new Y2K”. He also commented on how “we’re all still alive today, even after the event”, and in fairness you can’t prove him wrong there.

Indeed, the whole scenario of Pat Kenny switching sides was so important that Newstalk paid for an advertisement on RTE, about the changeover. One can only imagine that Kenny’s ex employers weren’t offering up any discounts for an ad that would detrimentally affect the potential viewership figures for Today with Sean O’Rourke. Yet, despite my vigorous maligning of the hysteria, don’t think for one second that I wasn’t one of the many falling for the hype.

Simply speaking, in my opinion Pat Kenny is by far in a way the superior broadcaster. My case study involved an in-depth look at two similar interviews undertaken by Kenny and O’Rourke in recent weeks in which they explored the new Insolvency Service of Ireland (ISI).

The results were both fascinating and very clear cut. One thing that must be commented upon straight away is how Sean O’Rourke has never worked a show of this magnitude in the past and the extended time allowances are all too visible.

If someone is comfortable in their surroundings and in what they are doing, confidence almost inevitably oozes from their persona. Listening to Sean O’Rourke trying to manage an interview that lasts up to half-an-hour, with two knowledgeable interviewees at the other end of his questions doesn’t suggest a man in control.

The fact that Noeline Blackwell is very much of the domineering variety certainly doesn’t help matters in the interview. But even when Michael Dowling is given his chance to speak O’Rourke stays far too much in the passenger seat. His voice is rarely heard and when he does get the chance to speak, no doubt a scripted question is what follows. At the risk of sounding over-critical, Sean O’Rourke needs to become more of an authoritarian figure if he is to fill the big boots vacated by an imperious Mr Kenny in that sense.

Pat’s interview was one of poise and composure, he rarely allowed David Hall to stray from the subject at hand, frequently intervening to insure the listenership were given a fully personable experience. The thought of David Hall throwing the interview off-course and speaking in any sort of tangent was an impossibility. Even with that, unlike his ‘opponent’ Kenny remained on script without the interview seeming anything other than a general conversation between two people in the know.

The little things that Pat takes care of in the course of a similar period of time really do it for me. Stopping the interviewee now and again to insure that the audience understand PIP stands for Personal Insolvency Practitioner is a perfect example. Although an extremely learned man, Pat never shy’s away from allowing the interview to be accessible to everyone – everything is explained; basically Pat Kenny knows what the public want.

Obviously it wouldn’t be right to focus solely on the flaws of Sean O’Rourke, especially in the light of such unequivocal praise for Pat Kenny. I believe when the figures are released The Pat Kenny Show will be annihilating its challenger, however if O’Rourke is able to hold out and most importantly learn from the Island’s greatest interview tactician, RTE could be on to a winner.

But as the great Brendan O’Connor said; “Who’s going to hear it anyway, we’ll all be at work”.