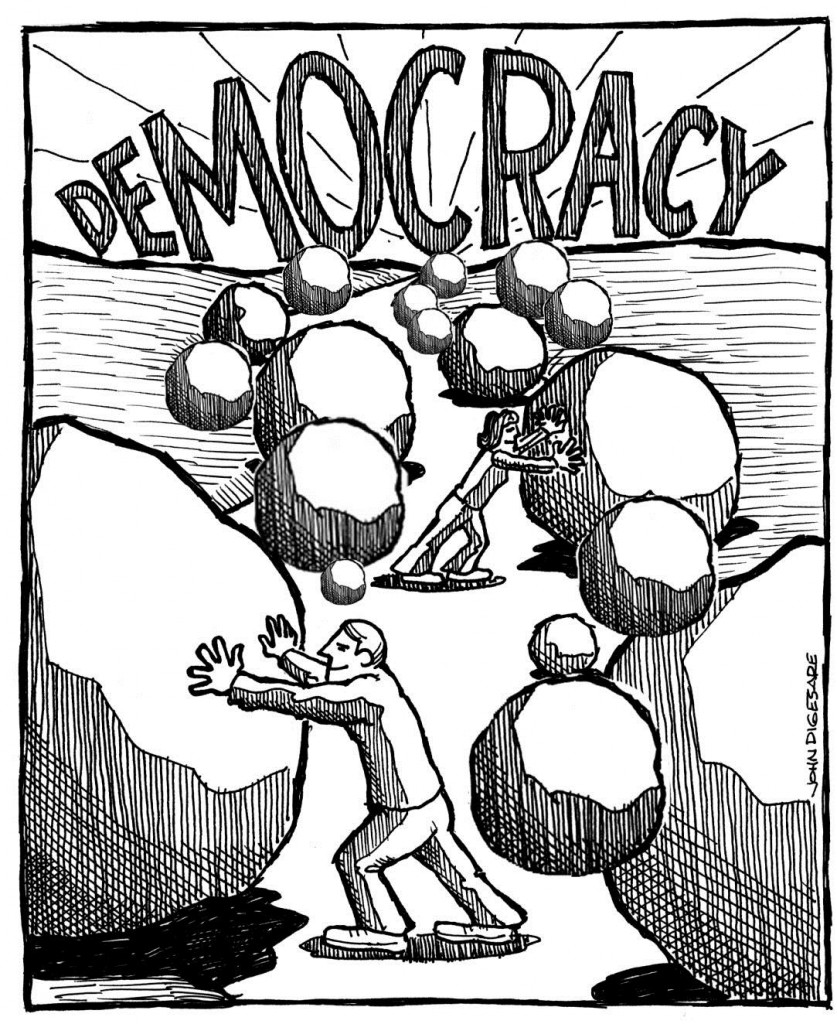 Over two years ago I penned an article for this newspaper entitled Political reform: a mixed bag?

I had just been to a guest lecture in the O’Flaherty Theatre given by the sadly since deceased former Taoiseach Dr. Garret Fitzgerald. One thing that stood out to me that evening was Dr. Fitzgerald’s firm belief that our current parliamentary system had become essentially outdated and that our system of local government was deeply flawed and ineffective. These unfortunate realities had manifested themselves in a negative outlook in public attitudes to our political leaders fuelled by politicians focusing on issues of local rather than national importance at the expense of the wellbeing of citizens. Essentially a malaise had become apparent and it was having a detrimental effect on how we as citizens view our political representatives.

The aforementioned article was essentially an analysis of various measures for political reform that were being articulated by the various parties in the run up to the 2011 general election. Much was promised by all sides and we all waited with bated breath for a new approach to politics…

Fast forward to 2013 – a lot had changed but in many ways a lot remained the same. I found myself in the Oireachtas. After years of talking about politicians I was now amongst them. I had secured a position working as a parliamentary assistant to the independent T.D. for Wicklow East Carlow Stephen Donnelly, a graduate of the Harvard Kennedy School of government and former analyst with Mc Kinsey and Co. Above all a public servant qualified to make important decisions on the economic health of our democracy. The only problem is that our parliament which is ruled by the whip system doesn’t like independents T.D’s and certainly doesn’t like them when they question government policy.

Ireland has arguably one of the most centralised forms of parliamentary democracy in Europe, total power rests with the executive and backbench or independent T.Ds have virtually no say in matters. This perhaps was illustrated most recently in a debate on a private members bill on cuts to the disability sector where the government was represented by one solitary junior minister. This coupled with the use of the guillotine in which the cabinet allocates minimal speaking time for contentious issues has proved to suffocate debate and has virtually muzzled T.Ds on both sides of the chamber.

The problem is the Oireachtas itself. Our constitution was framed by one man Éamon de Valera who in many ways sought to copperfasten his party’s hold on power. This was demonstrated by dissolving the Free State Senate and replacing it with the virtually powerless upper house that now exists. This hunger for dominance was further demonstrated in two unsuccessful referenda to replace Proportional Representation with the first past the post system in a time when it would have benefited his party electorally. The Oireachtas suited a large party like Fianna Fáil as it now suits Fine Gael. All power is vested in cabinet rendering the Dáil, The Seanad and Local authorities as virtually powerless, a point illustrated by extremely talented public servants such as Deputy Donnelly reading speeches into an empty chamber.

If we are to value our democracy which celebrates many important centenaries this decade it is vital that we seek to reform it. This reform must be root and branch and not merely cosmetic like the current ‘constitutional convention’ where the main issue discussed thus far has been a reduction in the presidential term by two years- a debate which can hardly be considered radical reform.

Far from being an eternal pessimist I propose a solution to the aforementioned problems. A new political party. A reformist party with a centre right ideology made up of people of various talents and abilities that share a mutual love our great little country. People like Michael Mc Dowell, Stephen Donnelly, Shane Ross, David Mc Williams and Fintan O’Toole instantly spring to mind. Such a party could in my opinion have the courage and expertise to do what is right by the country and fundamentally reform our institutions for the benefit of all of the people of Ireland. A recent European trust barometer showed that Ireland has the second lowest level of trust in its leaders in Europe. This is extremely worrying and highlights a severe disconnect between the government and the electorate.

Noted historian Dr. Diarmaid Ferriter once stated that times of crisis can bring out the best in leaders. Franklin Roosevelt being the obvious example. When faced with crisis it is paramount to examine what practises led us to the crossroads that we now find ourselves at.

In the future it would be wonderful to view our country in the famous words of L.P. Hartley ‘The Past is a foreign country: they do things differently there’.

Once I gain in 2013 I find myself alongside many others waiting with bated breath.