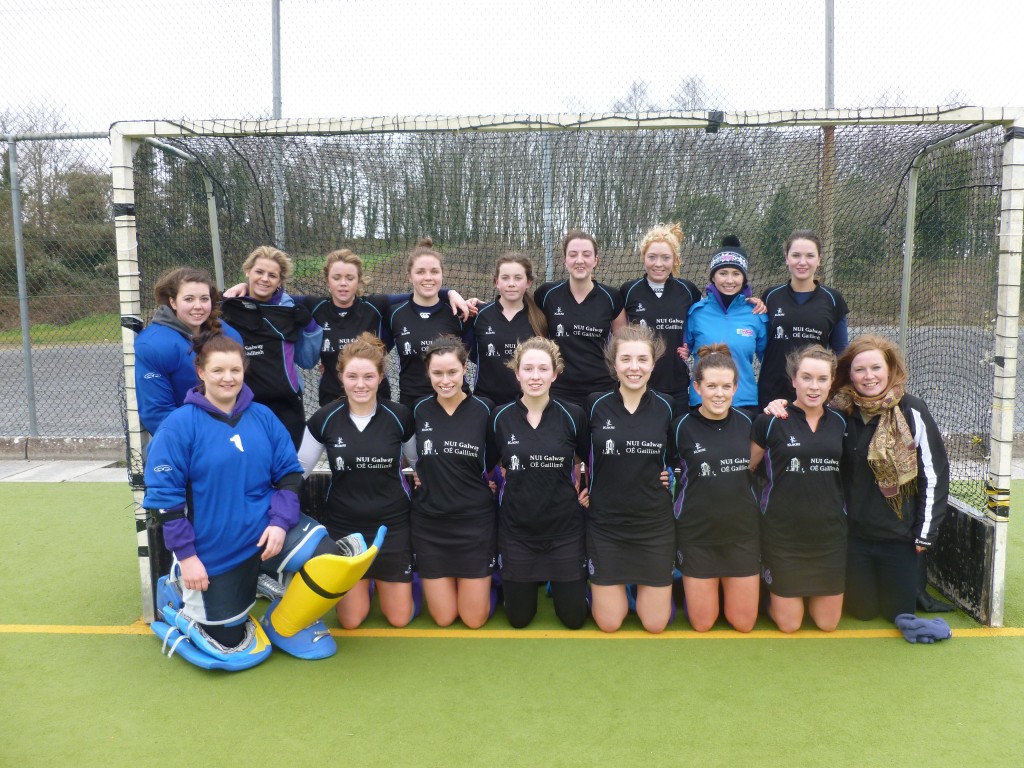 The NUI Galway hockey team confirmed their place in the Connacht Cup Final last Sunday by securing a 3-1 defeat over Galway Hockey Club in the second round of the Semi-Final.

The teams entered the second leg of the semi having drawn the first leg 2-2. Sunday morning’s bitter cold did not damage the determination of both teams, who eagerly took to the pitch to prove their worth.

Ten minutes into the first half, some superb teamwork from Tara Melvin, Sile Johnson and Deirdre Hatton resulted in a composed goal by Hatton on the back post. NUI Galway managed to maintain this 1-0 lead for most of the first half, despite significant pressure from Galway. However, as the half time whistle blew, Galway succeeded in equalizing by scoring from a penalty corner.

Once again, the two teams were level. As the second half began, it was clear that NUIG were determined to take the lead. A fast-paced start and relentless attacking resulted in a penalty corner for the college side. The ladies were aware that they had to take advantage of this rare opportunity against the strong Galway side. Indeed, Tara Melvin put NUIG in the lead with an impressive shot on goal. The celebrations were short lived as the college team got back to work straight away. A few minutes later, impressive teamwork led to another penalty corner for the college side, and Melvin once again finished it off with a goal.

NUIG fought hard against the resilient Galway side to maintain and build on their 3-1 lead. As the second half went on, both teams had several goal-scoring opportunities. However, NUIG managed to maintain their lead until the final whistle, which signalled their progression to the Connacht Cup Final.

The win added to the team’s celebrations after Sile Johnson receiving an Individual Award at the NUIG Sports Awards 2013 that same week.

NUIG will take on Greenfields in the Connacht Cup Final in April.