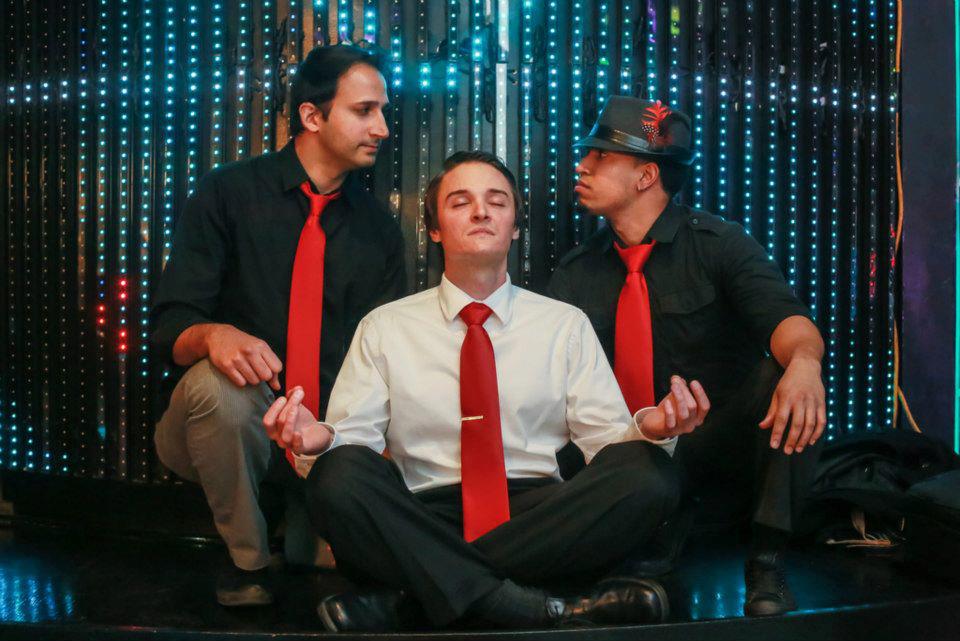 Dayseam are an indie rock band hailing from Philadelphia, Pennsylvania, who comprise of three members; Steve Mroozian on Guitar and vocals, Ehsan Ahmad on Guitars and Sebastian Weiss on Drums.

Despite the conventional cliché of hard working musicians trying desperately to live off their passion for song writing, these American indie-rockers are widely regarded as a “hugely underrated” band with “incredible songwriting, guitar work, and killer works”.

All of the members share the same musical idea, ethic and philosophy. As well as this, they all share heavy influences from the likes of Arcade Fire, Placebo and Deftones, which are clearly evident from their uniquely tight, melodic sound.

With most of their songs based around the idea of “losing love”, it is sometimes hard to distinguish this group from the likes of Jimmy Eat World or Boyce Avenue in terms of sheer originality and performance. However, despite some controversial lack of originality in particular songs, they do hold their own uniqueness through particularly interesting acoustic guitar sounds with melodic harmonies.

Dayseam are in the process of releasing a third studio album which promises to be very successful as it seems to be already laying down the foundations of a monumental lift-off for the band. There’s no denying that they are very passionate about what they do after hearing their meaningful lyrics of lust and clever, intricate guitar work.

However, Dayseam seem to be more of a concept of a project rather than an actual band. In a radio appearance on ‘Up Close and Acoustic’, they declare that their lyrics are about the hard truths of every day human existence against their own inner understandings. Despite the trio possibly coming across as pretentious and naïve, one has to admire the hard work and thought they feed into their music.

I managed to get my hands on songs from their upcoming studio album and was pleasantly surprised. The album boasts vocals that almost replicate a style similar to Taylor Swift and riffs that sound very much like Silversun Pickups. ‘Capture and Release’ is a broad-sounding, catchy pop song that I wouldn’t be surprised to hear on international airwaves, yet ‘Winds of Change’ holds a deeper sound which glistens a bit like the earlier work of U2.

From listening to the ten or so songs, a definite conclusion can be reached. Dayseam are an extremely hard-working band that are finally beginning to find their own individual sound; a sound that could very possibly be the breakthrough they so desperately want.

All in all, Dayseam is a band to watch out for in the near future.