For our final issue of Sin Volume 14, Arts and Entertainment editor James Falconer held a poetry competition for students. Here are the results… 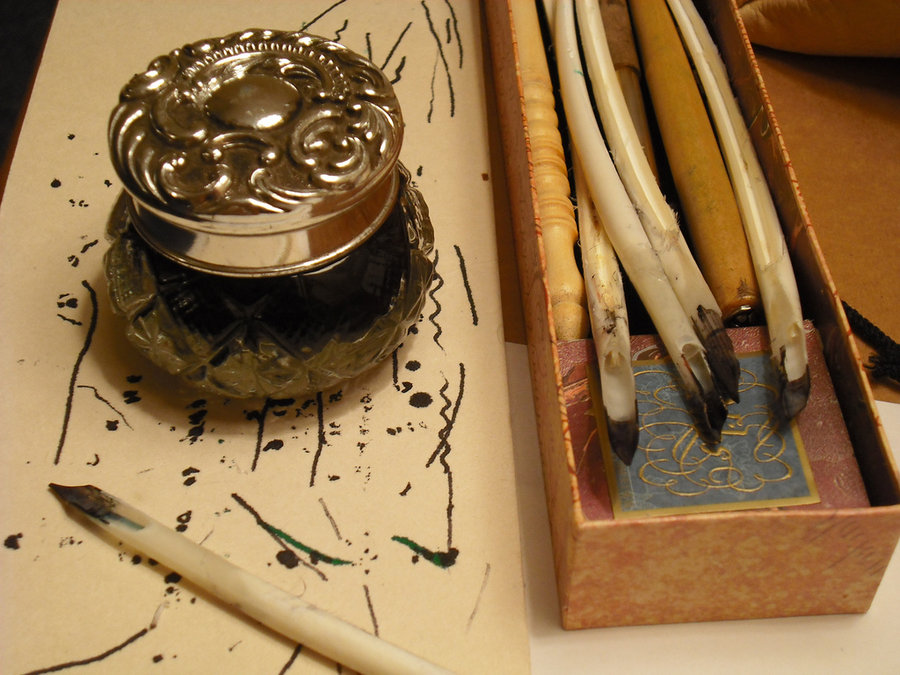 Sin recently held a poetry competition for its readers, and we would like to thanks everyone who entered. The winners are as follows: in first place, Karen McDonnell’s Aubade; in second place, Marése O’Sullivan’s The Walking Stick; and in third place, Anthony Daly’s The Bride. September 10th 1977.

Sin would like to thank Galway poet Elaine Feeney who judged our competition. Below is her critique of the top three poems.

“And the clear winner is Aubade. It stood out for me as a clever poem, rich in imagery and language but not overtly clichéd bar, perhaps, the title. I’m not sure if it’s a nod at Larkin or not. I think it is trying to evoke a simplistic idea; that of Daybreak/dawn, but the ending is brilliant, even in its simplicity. “Drop Dead glorious…..certain of my own resurrection.” The speaker is clever and intense, ends the poem really well, and of all the entries, was in my opinion technically the most polished. I really loved this poem, the writer has great potential.

I gave second prize to The Walking Stick. Clever in its brevity, and I loved the way they personified the stick. Something hung a little in the poem for me, a relationship with a patriarch or something akin to that, which was very moving and relevant. So I suppose I like that I connected with it. Maybe that’s a bit unfair and subjective but it was still an excellent piece. The metaphors are brilliant. Loved the language here too, simple idea but very clever. Well done.

And third prize goes to The Bride of 1977. The language again is brilliant. It’s a far more abstract poem for me, and maybe verges on the overly personal. However it is not a ‘wallow poem’ and I think the poet has definitely poetic talent. I think the title needs reflection, and it could be a map as to the poems subject and allow the reader in a little deeper to some of the background. Though that is not necessary, and poetry never needs explanation, least of all from the poet, it is just selfish on this judge’s behalf. I loved the lyricism and the song like quality of this poem.”

has peeped between curtains

and seen a pair feigning sleep,

afraid to stir and break nightspells.

I’ve paused in a room,

where a man sat on a hard chair,

I have thrown light

I have risen up over open-eyed,

limed away in unmarked graves.

But it is the lonely ones: solitary,

prepared to bid farewell to the moon;

who anticipate the hurtling day

it is they who earn my compassion.

I watermark all of your histories.

I soldier on, and I die each day

certain of my own resurrection.

With years of hard wear

Don’t push me round the fields,

Don’t whack me off the horse.

I’m not made for your leisure,

To be abandoned by the fire.

I’m here when you feel most alone,

When no-one else can bear

The weight of troubles in your heart.

I could have been a book by Marcel Proust,

Or a heavy church pew!

A little worn from kicking shoes.

I’ll never be a friend of yours.

Though don’t forget, I still have hope,

I’ll just wait for you to die.

Twenty-nine years and the tears dried up and died

A fool’s death in some quarter of the mind

That did not claim her yet-

‘I cannot marry you I would not be true

I would not be a wife for you

I would be broken in two’.

Twenty-nine years tore a new vein open in the heart

Of two once one who spun a new thread

From a well-worn loom, the blood they shed

In sharing what neither dared to give

Two gods wrestling in a Sea of Wishes

In desires of what could never be

When the words in one September

Terror tempered cut them both out

Of the tomb that lay deep down

In the chasm of themselves

In the womb of Her, the heart of Him

No longer shed, no bitterness, no emptiness

Merely two lovers in an Autumn

That can never be again.

She, in her tenderness accepted him

Devout in his caress

He prayed to a God as yet unnamed

Then leaped into the Light-

No prism can split it

No darkness eclipse it

No demon can deny it

The Devil himself weeps for it.