What exactly do we know about the beginning of the universe? Shannon Fahy discusses… 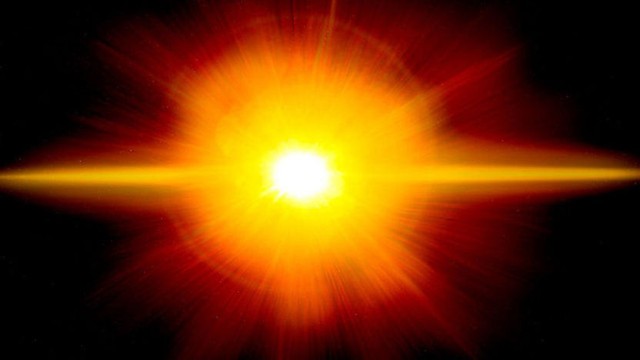 The Big Bang Theory, for those of you who are still lost in the onomatopoeic word, states that our universe began as a single minute atom. This atom, faster than a flick of a light switch, underwent three stages. It exploded. It cooled. And then it expanded, faster than the speed of light.

This expansion is referred to by scientists as inflation and is based on Einstein’s theory of general relativity. Scientists, after revising this theory of how the universe first burst into life, have discovered that in fact there may be multiple universes.

Scientists mathematically mapped sound echoes and fossilized light which provided evidence of the universe’s evolution. From these calculations and the data gathered from the Planck satellite, it was deducted that the universe was roughly 13.8 billion years old. It is a prevalent act for scientists to round up to 14 billion years when making further calculations, as some, such as Caltech’s Carroll believe 100 million years is relatively nothing. Martin White, a Planck scientist, begs to differ. For him, “100 million years here and there really start to add up.”

When calculations were made with these restricted figures, it was discovered there is less dark energy in our universe than was originally thought. This dark energy is important as it is the force that has been causing the universe to expand. The Hubble constantly measures the rate of expansion of the universe, and from these recent changes, scientists have acknowledged that it is actually 3 percent slower than what was first calculated.

The universe is relatively flat but the theory that has been presented to us states in due time it will begin to curve. The universe is rather large, we all get that right? So therefore under the normal laws of physics and regular assumptions, it would be thought that the ends of space would never be close enough to touch. Cosmic background measurements prove otherwise.

We begin to stumble upon infinite numbers of existing universes when we consider the inflation theory even further. In order for inflation to be carried out, expansion cannot be halted. This leads us to believe that somewhere out in space, where it is not visible; expansion is taking place faster than a spreading wildfire and each burning bush, a new universe.