The Arts Festival is looking like it will be a cracker this year with a fantastic line-up. James Falconer has more… 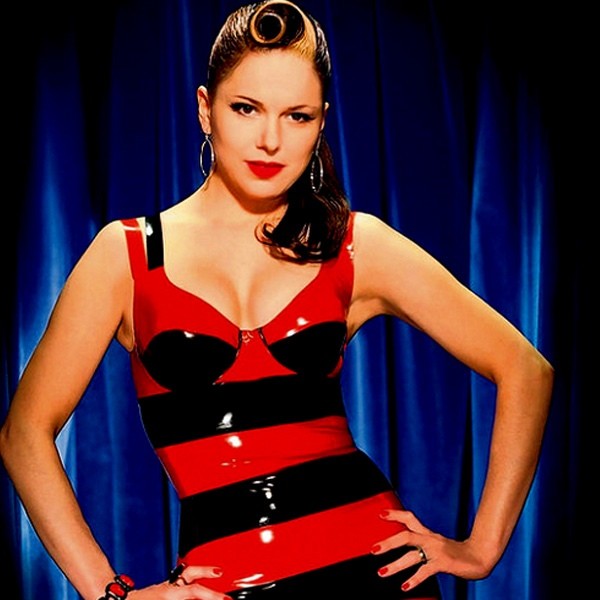 Music fans in for a treat this summer as Josh Ritter and Imelda May are confirmed for the Galway Arts Festival 2013.

He may not be a huge name in the US, but Josh Ritter has a loyal international fan base. He is a folk-leaning singer/songwriter who bought his first guitar after hearing the Bob Dylan and Johnny Cash classic “Girl from the North Country.” After hearing Leonard Cohen and Gillian Welch, Ritter instantly fell in love with their songs and dropped his studies to play music. This pursuit took him to Boston and into classic folk venues like, Club Passim. Ritter received an offer to open for the Frames on a tour of Ireland. Soon his single “Me & Jiggs” was in the Irish Top 40, a headlining tour of the country was sold out, and a tribute band named Cork was playing nothing but Ritter material in numerous Irish pubs.

Back in the US, his popularity was growing with sold-out shows in New York City and Boston. It took 14 February days in rural France to record his third album. The result, Hello Starling, was released in September of the same year. Animal Years, his much anticipated follow-up, arrived in March 2006, followed by The Historical Conquests of Josh Ritter and the live CD/DVD In the Dark: Live at Vicar Street in 2007, So Runs the World Away in 2010, and The Beast in Its Tracks in 2013. Josh Ritter is armed with an arsenal of great songs and will captivate you with his performance.

Imelda May is from Dublin. She is unmistakable both in her music (a fusion of surf guitars, blues and rockabilly) and her style, a solitary curl and shock of blonde in her jet black hair. Her debut album ‘Love Tattoo’, recorded and released on her own label, has gone Triple Platinum. She has shared a stage with Eric Clapton, Chuck Berry, David Gilmour, Sharon Shannon, Jeff Beck, Shane Macgowan, Kirsty McCall, Van Morrison, Lionel Richie, Wanda Jackson, Paul Brady and Meatloaf.

The youngest of five, Imelda was exposed to various influences from her older brothers and sisters. By the age of nine Imelda had fallen in love with rockabilly and the blues. After a year of Art College she dropped out, deciding she would rather sing for a living. Imelda began singing in clubs when she was 16 years old: “I was getting tips from the best musicians in Dublin.  One of them said, ‘Your voice is great, but it needs to roughen.’ It was around this time, when driving a tearful Imelda to a gig, her father asked her ‘Is your heart broken? Excellent; now you can sing the blues’”. Remembered by Imelda as a turning point in her life, from then on her voice developed into the sultry, rich and unique tone you hear today.

Imelda has not only caught people’s attention musically, her striking style and unmistakable cool but quirky 50s look has led her to grace the front cover of the Irish Sunday Times Style. Her new album ‘Mayhem’ sees Imelda continue to develop her uniquely modern fusion of classic musical genres. She’ll be bringing great energy to the Arts Festival this July, don’t miss out.