Valeri Tarassov reports on the recent meteorite strike in Russia… 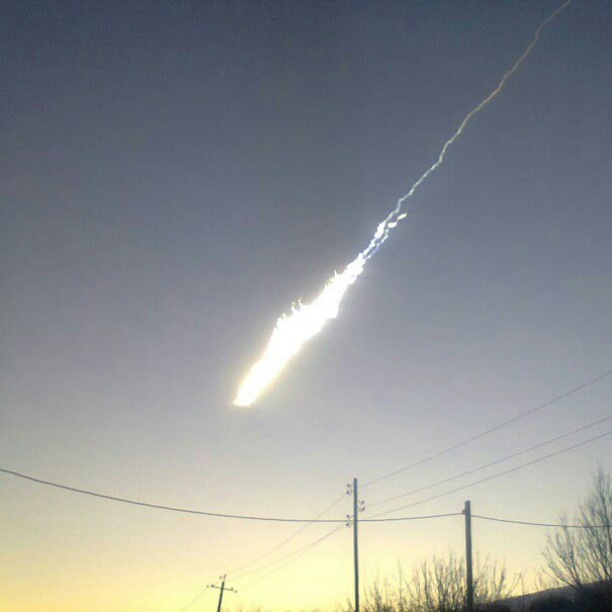 On 15 February 2013 residents of Chelyabinsk, Russia were caught by surprise, as a meteorite exploded in the sky literally over their heads. Pieces of it fell down to the ground destroying everything on their path.

The explosion was so strong, that windows and light structures were broken by the wave of the blast.

Over a thousand people were seeking medical help, mostly for injuries sustained by shards of glass travelling with high velocity.

Schools and day-care centres were shut down. The 6000 square feet roof of a zinc factory had collapsed and one woman sustained serious injuries to her spine.

Scientists determined that the weight of the stone that exploded in the sky of Chelyabinsk was only 1kg. Later that day a larger asteroid DA14 was expected to pass the earth on a record short distance of 17,000 miles. Specialists think that the 1 kg stone that landed in Russia was a piece of the larger DA14 asteroid.

Scientist agree that there was nothing they could have done to prevent this event, as objects that small appear unexpectedly and are very hard to trace.

The event in Chelyabinsk did not cause any human causality, but we never know, what is coming from the sky.