Union of Students in Ireland 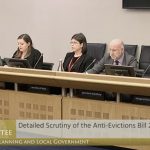 By Áine Kenny On Wednesday 20 February, the Union of Students in Ireland Vice President Michelle Byrne and NUI Galway’s Students’ Union President Megan Reilly spoke in the Oireachtas about the Residential Tenancies (Greater Security of Tenure & Rent Certainty) Bill 2018. The two Presidents were dismayed to see the delay in enacting the legislation, which … END_OF_DOCUMENT_TOKEN_TO_BE_REPLACED 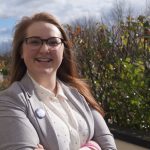 It was good news for Longford girl Síona Cahill today 4 April as she was deemed elected USI President 2018/19 on Day Two of USI Congress 2018 in Ballinasloe. However, the day was not without its controversy. A call was made to stop social media trolling against delegates during the afternoon. Fake twitter accounts were created by someone at the event that were insulting … END_OF_DOCUMENT_TOKEN_TO_BE_REPLACED 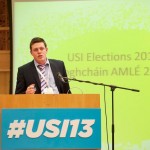 It's been a long year for the SU, and Marése O'Sullivan has been busy finding out how they feel they got on... … END_OF_DOCUMENT_TOKEN_TO_BE_REPLACED