An international partnership of NUI Galway, the International Organisation for Migration (IOM) and Irish Aid is to offer media training on migration and misinformation. A new global partnership has been established, involving NUI Galway and the (IOM), with the support of Irish Aid, to tackle fake news around migration. The Global Migration Media Academy is an initiative … END_OF_DOCUMENT_TOKEN_TO_BE_REPLACED 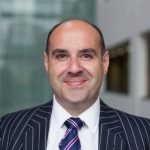 By Gary Elbert  The Head of Journalism at NUI Galway, Mr Tom Felle, has called for the reform of Ireland’s Defamation Act to keep pace with a rapidly changing media landscape.  Speaking to SIN, the Galway native warned of the need to protect investigative journalism and to counter the ascent of online character defamation.  “The Defamation Act was updated in 2009 but … END_OF_DOCUMENT_TOKEN_TO_BE_REPLACED