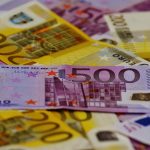 By Martha Brennan  The Minister for Education has announced the addition of an extra €1 million in financial aid for student teachers.   The money is being allocated to the Student Assistance Fund, which gives funding to students completing professional Masters of Education courses.  The Fund helps student teachers who are struggling with the cost of tuition fees and … END_OF_DOCUMENT_TOKEN_TO_BE_REPLACED 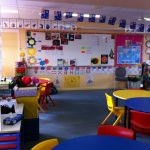 By Niamh Kelly There is a serious lack of non - white, non - Irish, and non - religious teachers in Irish primary schools, a recent NUI Galway study has found. The research was carried out by Dr Manuela Heinz and Dr Elaine Keane from the School of Education in NUI Galway, and is the first nationwide study of its kind carried out in Ireland. In the study, Dr Heinz and … END_OF_DOCUMENT_TOKEN_TO_BE_REPLACED 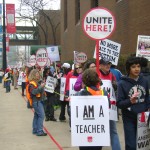 Secondary school teachers are to strike early December, as a row over proposed reforms escalates. A spokesperson for the TUI confirmed its members, along with those of the ASTI, intend to hold a strike on Tuesday 2 December. Another potential strike in January is being discussed. Education Minister Jan O’Sullivan commented stating the decision is “disappointing and … END_OF_DOCUMENT_TOKEN_TO_BE_REPLACED