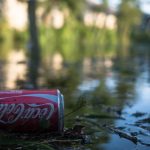 By Marie Coady The government’s tax on sugar-sweetened drinks is bringing in a lot of the sweet stuff. According to the Irish Independent, the tax made €4.7 million for the Exchequer in the months of May and June after its introduction earlier this year, over €2 million a month.  It is of course impossible at such an early stage to say if the tax has been successful or … END_OF_DOCUMENT_TOKEN_TO_BE_REPLACED