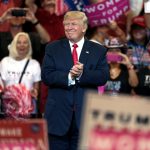 By Stevie Buckley  Donald Trump’s visit to Ireland has been cancelled, with speculation growing that his entire European tour won’t go ahead. The reasons for the trip not going ahead have been cited as “scheduling reasons,” which makes perfect sense, as his planned visit coincided with the weekend that the next Irish President is due to be inaugurated. He was expected to … END_OF_DOCUMENT_TOKEN_TO_BE_REPLACED 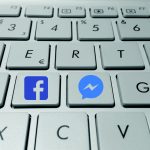 Facebook – an app we all want to delete sometimes, particularly now that it has emerged that users’ data was passed on to third parties. However there are still reasons to keep this nifty little social network in your pocket.  Like many people in this university who aren’t from Galway, you may be living away from your family and friends. You wouldn’t think it feasible to … END_OF_DOCUMENT_TOKEN_TO_BE_REPLACED