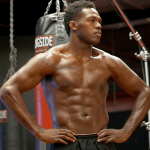 By Darragh Nolan Where Jon Jones goes controversy follows. His latest comeback from a drug suspension looked to be doomed when he tested positive for Turinabol in the week leading up to his rematch with Alexander Gustafsson at UFC 232. This illegal substance was the same one that saw Jones stripped of his light heavyweight title, his win over arch rival Daniel Cormier … END_OF_DOCUMENT_TOKEN_TO_BE_REPLACED