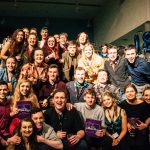 They wowed us earlier this year with their week-long run of The Producers in the Blackbox Theatre, and last month Galway University Musical Society (GUMS) did it again, nabbing the runner-up spot at Musical Inter-varsities. The event held in UCD over 23 and 24 March saw musical societies from across Irish universities compete to be crowned the best in all the land, with NUI … END_OF_DOCUMENT_TOKEN_TO_BE_REPLACED 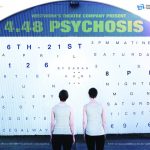 Two NUI Galway Drama students will perform in new theatre group West Works Theatre Company’s production of 4.48 Psychosis in Gallery 126 this month ahead of Mental Health Month in May. Aoife Delaney and Anna Doyle will take to the stage in Sarah Kane’s controversial and poignant mental health drama which runs from 16 – 21 April. The play aims to tackle taboos that still … END_OF_DOCUMENT_TOKEN_TO_BE_REPLACED 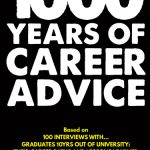 A former NUI Galway student has published a new career advice book for graduates, exploring the paths taken by 100 different third-level graduates over the past 10 years. Paul Murphy authored the guide for students “1000 Years of Career Advice” with the intention of instilling knowledge and confidence in the heart of any young college-leaver. The book was downloaded 1,252 … END_OF_DOCUMENT_TOKEN_TO_BE_REPLACED 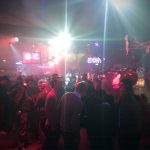