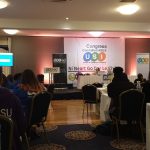 By Conor Brummell The Union of Students in Ireland (USI) held their Annual National Congress from the 1- 4 of April in The Breaffy House Hotel in Castlebar, Co. Mayo. Students’ Unions from all over Ireland attended the congress to debate, discuss and vote on important motions and mandates that will be implemented by Member Organisations in the upcoming year with the … END_OF_DOCUMENT_TOKEN_TO_BE_REPLACED 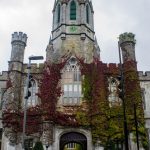 By Áine Kenny NUI Galway are applying a 5% interest rate on the student contribution towards the bill for building the Sports Centre and redeveloping Áras na Mac Léinn. This contribution takes the form of €100, contained within in the NUI Galway student levy which is €224 in total. All students must pay this levy in September of every year. No written or verbal … END_OF_DOCUMENT_TOKEN_TO_BE_REPLACED 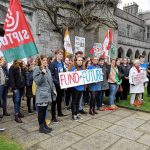 By Cathriona Coleman There was a huge turnout on Thursday 21 March for the national ‘Fund the Future’ campaign on the grounds of NUI Galway at the Quad. At 1pm both second and third level students and staff left their desks to join the nationwide walkout in a bid to get the government to reinstate the maintenance grants and other key services in line with the cost of … END_OF_DOCUMENT_TOKEN_TO_BE_REPLACED 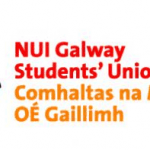 By Eimear Spain Student engagement with their Union is awful. During the Students’ Union elections in March 2018, only five percent of the student body turned up to cast their vote. Engagement from students is vital. Without it, the Union has no effective mandate to address student issues. But why are students turning their backs on their elected representatives? The … END_OF_DOCUMENT_TOKEN_TO_BE_REPLACED