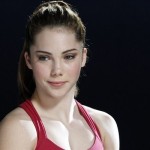 Investigators from the FBI are now exploring allegations that one of the victims of the now infamous ‘August iCloud Hacking’, US Olympic gymnast McKayla Maroney, was under the age of 18 in some of the alleged images of her that were leaked to the internet. … END_OF_DOCUMENT_TOKEN_TO_BE_REPLACED