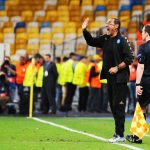 By Danny Casserly With Kepa Arrizabalaga’s recent strop in front of 80,000 people at Wembley, and millions watching around the world, another episode in the seemingly never-ending power struggle between the Chelsea players and management played out in the League Cup final against Manchester City. With the last minutes of extra time ticking down, and the Chelsea goalkeeper … END_OF_DOCUMENT_TOKEN_TO_BE_REPLACED