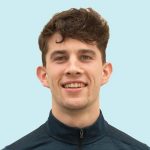 By Martha Brennan The NUI Galway Students’ Union Vice President for Education has stepped down from his role on the executive committee.   Louis Courtney, who spent four months in the role, made the announcement on 10 September – the first day of lectures for most undergraduate students.   Courtney was elected to the Union last March on the first count of votes, where … END_OF_DOCUMENT_TOKEN_TO_BE_REPLACED