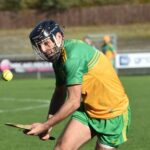 2020 was the most successful year in the recent history of Donegal hurling, as the Seniors captured a League and Championship double for the first time in their history. Mickey McCann’s men were in red-hot form on both sides of the 230-day gap between fixtures, with a strong Allianz League campaign culminating with the men from the Hills securing the honours against Armagh … END_OF_DOCUMENT_TOKEN_TO_BE_REPLACED