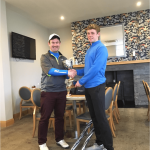 By Jack Leech On Saturday 16 February, Galway Bay Golf Club hosted this year’s NUI Galway staff v student golf match. In what was only its second year, the tournament proved to be a great success. Having won the inaugural tournament last year, the staff were in a confident mood going into the match. This year however, they relinquished their title with the … END_OF_DOCUMENT_TOKEN_TO_BE_REPLACED 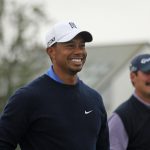 By Danny Casserly  As Tiger Woods made his way around the East Lake Golf course on his way to winning the 2018 Tour Championship, every hit fairway, green and sunk putt was cheered with gusto by those in attendance. For Woods, it had been an impossibly long 1,876 days without a tour win. It would have been almost unfathomable to think in the early 2000s that the golfing … END_OF_DOCUMENT_TOKEN_TO_BE_REPLACED

By Caroline Spencer 2021 YouTube was not made with me in mind, and rightly … END_OF_DOCUMENT_TOKEN_TO_BE_REPLACED