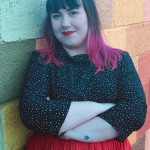 By Áine Kenny NUI Galway alumna and former GIG Soc auditor Sharon Nolan is contesting in the Galway City Council elections in May, representing the Social Democrats in Galway City Central. Originally from Roscommon, Sharon moved to the city of the tribes back in 2010 to do Science in NUI Galway. After two years, she switched to Galway Technical Institute. However, her … END_OF_DOCUMENT_TOKEN_TO_BE_REPLACED

By Daniel Brennan  A recent edition of RTÉ’s flagship current affairs programme, Prime Time, featured a debate about transgender issues where for the sake of “balance”, the comedy television writer Graham Linehan of Father Ted and The IT Crowd fame, was invited onto the show following the writer’s recent history of being openly anti-trans on Twitter and other sites over the … END_OF_DOCUMENT_TOKEN_TO_BE_REPLACED

This is a new feature Equality Matters that aims to bring you stories from all over campus, the likes of which you might not hear all that frequently. The idea is that these pieces will deal with how people may experience college differently, possible challenges and discrimination they may face and how we can all help make this campus a more accepting place! … END_OF_DOCUMENT_TOKEN_TO_BE_REPLACED 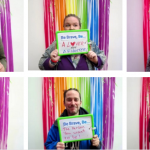