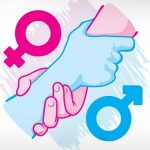 The gender pay gap became a worldwide talking point when then-president and media darling Barack Obama announced in January of last year that the institutional barriers which enabled evil, patriarchal companies to pay women 77 cents for every dollar shelled out to their male counter-parts would be done away with. Despite the moral dubiousness of deliberately recycling a … END_OF_DOCUMENT_TOKEN_TO_BE_REPLACED