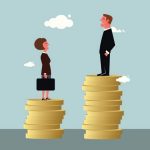 A recent report published in The Irish Times has stated that in 2015, men earned an average of 14.8% more than women in Ireland, indicating that the pay disparity has increased from a low of 8.3% in 2012. Some believe the pay gap to be a myth, undoubtedly a mentality that stems from a lack of communication surrounding wages in the workplace. Others see it to be discriminatory … END_OF_DOCUMENT_TOKEN_TO_BE_REPLACED

This is a new feature Equality Matters that aims to bring you stories from all over campus, the likes of which you might not hear all that frequently. The idea is that these pieces will deal with how people may experience college differently, possible challenges and discrimination they may face and how we can all help make this campus a more accepting place! … END_OF_DOCUMENT_TOKEN_TO_BE_REPLACED