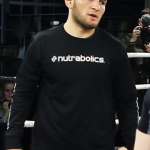 By Darragh Nolan  Khabib Nurmagomedov mauled Conor McGregor on 6 October, but managed to come out much worse off than his opponent. His two million dollar purse is still being held by the Nevada State Athletic Commission, his status with the UFC is uncertain and he’s staring down the barrel of a lengthy spell on the side - lines.   As for McGregor? He’s taking home a … END_OF_DOCUMENT_TOKEN_TO_BE_REPLACED 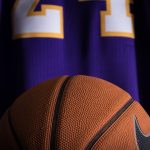 By Darragh Nolan  Another NBA off season has brought with it the usual whirlwind of change we’ve come to expect. Stars continue to move around the league in pursuit of an elusive championship ring. LeBron James’ decision to don the purple and gold of the Los Angeles Lakers has injected intrigue back into a season where the defending champions looked certain to retain their … END_OF_DOCUMENT_TOKEN_TO_BE_REPLACED