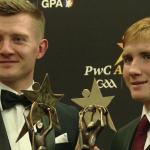 NUI Galway student Conor Whelan achieved more than most last year. Not only did the Inter-county hurler help lead his team to victory in his second All-Ireland final, the 21-year-old from Kinvara was also awarded an All-Star, named Young Hurler of the Year, and appeared on Ireland AM to discuss mental health. If all of that wasn’t enough, the future teacher celebrated the … END_OF_DOCUMENT_TOKEN_TO_BE_REPLACED