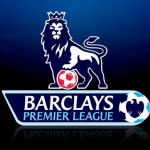 Diego Costa: Nobody really could have predicted just how good a signing Diego Costa would be and those who criticised the Spanish international after a poor World Cup must be hiding under the duvet. Costa was named the Barclay’s Premier League Player of the Month for August with 4 goals in 3 games, earning praise from the biggest names in world football. It has been a truly … END_OF_DOCUMENT_TOKEN_TO_BE_REPLACED