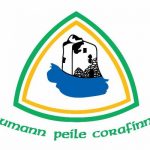 By Tomás Keating On St. Patrick’s Day, Corofin cemented themselves as one of the greatest club teams of all time. It is not only the fact they retained their title, but it is the fashion in which they did it. The North Galway club are the complete antithesis to most inter-county teams nowadays, in terms of style of play. Corofin became the third club to retain the Andy … END_OF_DOCUMENT_TOKEN_TO_BE_REPLACED