By Tomás Keating Despite there being no World Cup, no European Championships, or Olympics, this summer promises to be an enjoyable one. Here are some of the big sporting events: All-Ireland Senior Football Championship: This year’s Football Championship is going to be intriguing. Dublin will start their quest to become the first team to ever complete a five in a row. … END_OF_DOCUMENT_TOKEN_TO_BE_REPLACED 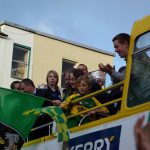 By Mark Lynch  As Dublin quietly put preparations in place to capture the eternally elusive five in a row of All - Ireland Senior Football Championship titles, all eyes are on some of their nearest challengers for the Sam Maguire.  Perpetual bridesmaids Mayo have gone backwards in order to go forwards, as they turn to former manager James Horan to guide the team to the … END_OF_DOCUMENT_TOKEN_TO_BE_REPLACED 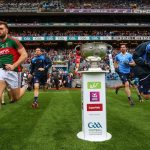 Dublin and Mayo live to fight another day in scrappy classic By Graham Gillespie When sport is at its thrilling best it can drain its spectators in almost the same way it exhausts the participants. Sunday 18 September in Croke Park was one such day as 79 gripping minutes of Football could not separate Dublin and Mayo in one of the most remarkable All-Ireland finals in … END_OF_DOCUMENT_TOKEN_TO_BE_REPLACED 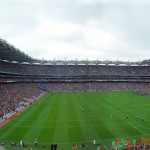 It has been common knowledge for some time now that the All-Ireland Senior Football Championship, in its present form, is a joke. Although there are some genuine All-Ireland contenders in each province, some have a much easier route to glory than others. Take Kerry for instance. Every year they play a Munster Championship with five hurling counties. That’s a no contest right … END_OF_DOCUMENT_TOKEN_TO_BE_REPLACED