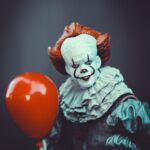 Content warning: This article contains mentions of suicide. Reader discretion is advised. Photo via Unsplash Horror and tragedy have remained a staple in popular literature and entertainment for over a thousand years; Grecian tragedies often involved a few mutilated organs along with woeful descriptions of suicide (cue Oedipus), and who can forget, Shakespeare; his … END_OF_DOCUMENT_TOKEN_TO_BE_REPLACED 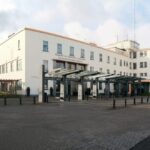 “Extreme measures” taken at the University Hospital Limerick (UHL) “have helped reduce the extreme levels of overcrowding”, however, the wait for an inpatient bed is “still too high”, says the UL Hospitals Group. The Hospital Crisis Management Team declared a “major internal incident” on 2 January and took several “extraordinary measures”, including a pilot project to reduce … END_OF_DOCUMENT_TOKEN_TO_BE_REPLACED 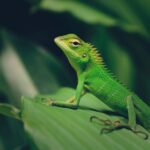 Photo by Sameera Madusanka from Pexels Some of my fondest childhood memories were in front of the TV with my whole family watching the National Geographic channel. Those weekend mornings shaped the next decade as I grew up with an insatiable curiosity to know what happens everywhere, all the time. I was the "But why?" kid. No amount of picture books on animals or nature … END_OF_DOCUMENT_TOKEN_TO_BE_REPLACED

The rise in minimum wage is not in line with Ireland's growth, pointing to a "substantial shift in wealth from labour to capital,” said People Before Profit/Solidarity TD Mick Barry. Minimum wages have risen unsteadily over the past two decades. During a debate at the Oireachtas in February, Deputy Mick Barry said: “The average annual wages in Ireland increased by…0.38 … END_OF_DOCUMENT_TOKEN_TO_BE_REPLACED

Crowds of protestors gathered for a climate crisis march in Eyre Square on Friday 23 September. Protestors included college goers, school students and members of the public, and attracted hundreds of on-lookers with their signs and chants. “Friday’s are for the future” was a call used in particular and references a movement of the same name started by prominent Swedish … END_OF_DOCUMENT_TOKEN_TO_BE_REPLACED