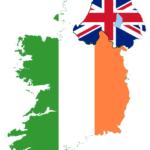 President Michael D. Higgins’ refusal to attend the 100th anniversary of the partition of Ireland and the foundation of Northern Ireland, caused a significant stir in political circles across our island. Many people across the Republic of Ireland overwhelmingly supported this call, even though the reasons for President Higgins’ refusal bore no semblance to many of the reasons … END_OF_DOCUMENT_TOKEN_TO_BE_REPLACED