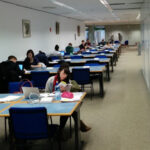 By Neasa Gorrell  This article was written prior to the announcement that study spaces on campus would reopen. There seems to have been a running theme during this pandemic among all of the stories we hear reported about NUI Galway. For me, it is that many of the choices they have made appear to be anti-student. As in, NUI Galway purposely continues to make decisions that … END_OF_DOCUMENT_TOKEN_TO_BE_REPLACED 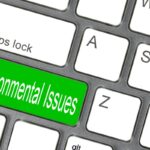 By Sophia Hadef The coronavirus crisis has occurred in the gradual confinement of most of the world's population. It started in January 2020 in Asia, most prominently in China, and in March 2020 for Europe. Fairly quickly, the effects of this confinement on the environment were seen The slowdown in global economic activity has decreased, road and air traffic and has had an … END_OF_DOCUMENT_TOKEN_TO_BE_REPLACED 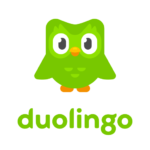 By Úna Kehily The internet has made language learning more accessible than ever and the arrival of apps like Duolingo has opened up Irish to a new generation of learners. In fact, Irish is the fastest growing language on Duolingo, with over one million weekly users worldwide. It’s also the most-learned language in Ireland, ahead of Spanish, French and German. Lessons are quick … END_OF_DOCUMENT_TOKEN_TO_BE_REPLACED 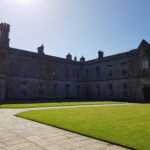 By Neasa Gorrell Moving from the secondary-level structured education system to a third level university is difficult in most years for the vast majority of students. Regularly, it is a change from a system that saw us up, dressed and out to the school bus or car before 9am for our day of structured classes - to, all of a sudden, - a form of self-determined, self-structured, … END_OF_DOCUMENT_TOKEN_TO_BE_REPLACED 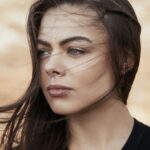 By Conor Brummell  (@ConorBrummell) The coronavirus pandemic brought many issues in Irish society to light, one of which was the well-known but lesser spoken-about secret of gender disparity in Irish radio. Back in June 2020, music publicist Linda Coogan Byrne released a report that she compiled, comparing the amount of Irish female artists that were played on the radio … END_OF_DOCUMENT_TOKEN_TO_BE_REPLACED