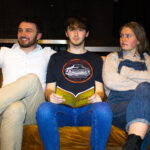 I had the pleasure of attending the dress rehearsal of the annual UG Dramsoc/ GUMS collab musical Tick, Tick..Boom before it opened to sold out audiences on the Tuesday the 15th of November. Tick, Tick.. Boom, which many may know from the Andrew Garfield film of the same name released back in 2021, follows the semi-autobiographical story of aspiring composer Jon Larson, who, … END_OF_DOCUMENT_TOKEN_TO_BE_REPLACED 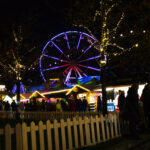 Since moving to Galway as a bright eyed nineteen-year old 2018 one fact has always remained true, Galway is at its brightest and most magical during the Christmas season. The hustle and bustle of people darting between shops searching for that perfect Christmas gift, the bright lights and decorations adorned on every shop face and pub in the city, the smells of Chimney Cakes, … END_OF_DOCUMENT_TOKEN_TO_BE_REPLACED 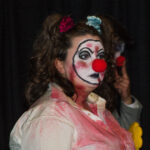 University of Galway’s DramSoc performed their latest production, ‘Clown Bar’, in the BOI Theatre from the 8th to the 11th of November. Directed by Jennifer Lyons, Clown Bar follows the story of Happy, a sharp-talking cop who must return to his former life to find answers after his brother Timmy is found dead. Will he find what he’s looking for, or will he be sucked back into … END_OF_DOCUMENT_TOKEN_TO_BE_REPLACED 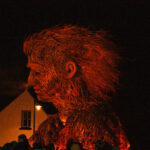 Galway’s famous group MACNAS brought the people of Galway out in hoards on the October Bank Holiday weekend to see their spectacular piece Con Mór, The Giant in Fisheries Field. This spectacular piece was created by the talented artists and creatives of the MACNAS group and was brought to life with special effects and live performances performed by a talented ensemble. Truly an … END_OF_DOCUMENT_TOKEN_TO_BE_REPLACED 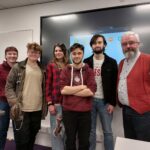 A Talk on Birds and Nature in Galway City with Guest Speaker Tom Cuffe - ZooSoc UG The University of Galway’s Zoo Soc welcomed guest speaker Tom Cuffe to campus on the 20th of October to give a talk on the Birds and Nature in Galway City.  Mr Cuffe is an experienced bird watcher and gave all in attendance an incredible insight into the variety of bird species we find in … END_OF_DOCUMENT_TOKEN_TO_BE_REPLACED