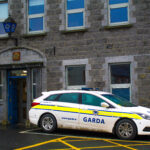 Photo: Lisa Hamilton The former mayor of Galway Niall McNelis says that a lack of Gardaí is making incidents of violence and assault more difficult to tackle. According to figures given at a recent City Joint Policing Committee meeting, there is approximately one Garda for every 384 people in Galway city. The population has steadily been on the rise in the last number … END_OF_DOCUMENT_TOKEN_TO_BE_REPLACED