The NUIG Mystics have continued their great start to their women’s nation league division 1 basketball season overcoming the Phoenix Rockets with a score of 82 – 50. This win coming after their first loss of the season against the unbeaten Ulster University in a narrow 77 – 74 loss.  The Mystics dominated from the first whistle only allowing the Rockets 5 points in the … END_OF_DOCUMENT_TOKEN_TO_BE_REPLACED 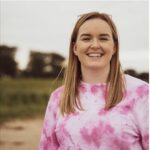 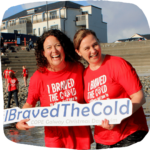 Photo courtesy of Cope Galway COPE Galway have launched their annual Christmas Swim. The organization is calling on swimmers near and far to register online and this year’s swim is a hybrid event taking place during Christmas week from 20-26 December. It also includes a “live event” on Christmas morning from 9 am to 1 pm. “Last year, Galwegians at home and abroad … END_OF_DOCUMENT_TOKEN_TO_BE_REPLACED

A NUI Galway report has documented that the average progression rates of students in seven alternative education programmes amounted to 80% between January 2018 to July 2020, and more than 90% in some projects. This is the first such report on Ireland’s alternative educational provisions. It’s been published amidst a three-year delay of the publication of a formal review … END_OF_DOCUMENT_TOKEN_TO_BE_REPLACED

NUI Galway has been confirmed as the location for this year’s Pink Training which is run by the Union of Students in Ireland (USI.) Pink Training is a yearly residential training course that focuses on LGBT+ issues such as activism, mental health, campaigns, leadership, and diversity in the LGBT+ community. The course signs up about 300 delegates each year, and it is … END_OF_DOCUMENT_TOKEN_TO_BE_REPLACED