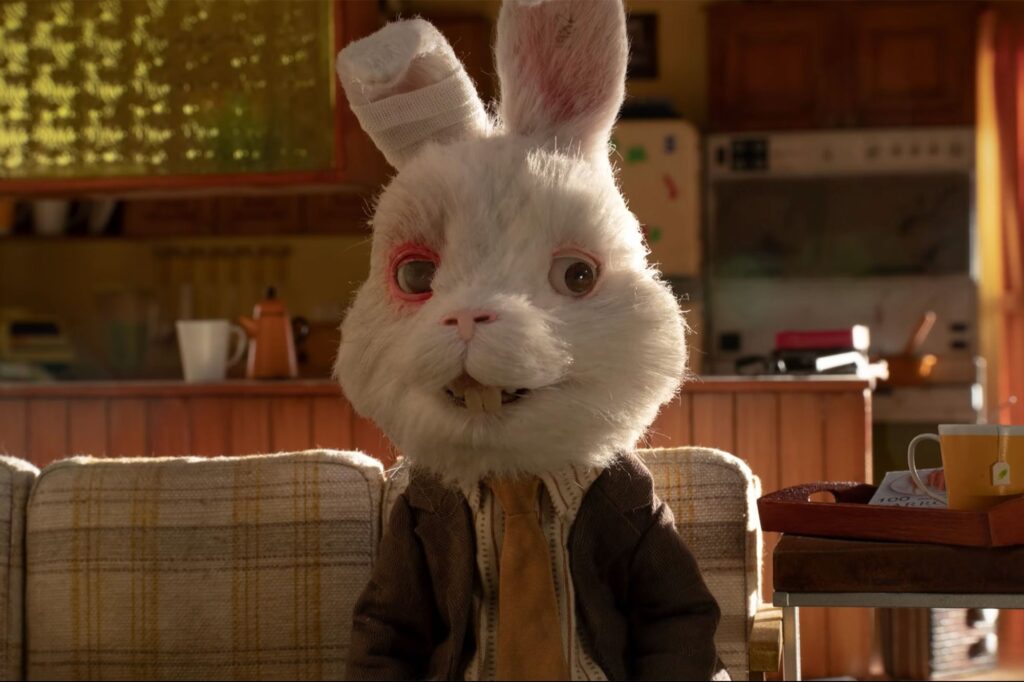 A collaboration between director Spencer Susser (The Greatest Showman, Hesher) and The Humane Society International (HSI) has resulted in the stop-motion animation work Save Ralph, a four-minute animation piece following Ralph, a tester rabbit, and his explanation of a typical day at the lab.

The animation piece is set as an interview: we follow Ralph, a middle-age tester bunny, from the start of his workday as he gets ready, until he leaves work, blind and hurt. Ralph does not complain, he explains. Ralph is like all of us: impressed by the camera, and grateful someone is interviewing him. Ralph does not want to whine about his job: at least he has one. Susser brilliantly uses this day-to-day setting and this average Joe protagonist to draw us into the story. I felt instantly protective of Ralph, and his very timid excitement about being in front of the camera. “It’s like in the movies.”

Waititi (nominated in 2020 for Outstanding Character Voice-Over Performance in the Primetime Emmy Award for his voice-over of IG-11 in The Mandalorian), with his impersonation of Ralph, impressed me once again. The range of emotions his voice can carry makes him the perfect’s main voice for this stop-motion animation and allows the choice of anthropomorphism to carry HSI’s message all the more powerfully.

‘’My dad was a tester, my mum, my brothers, my sisters, my kids, all testers, and they died doing their job! Like I will! And it’s okay. It’s what we were born to do!’’ This cynicism is sustained throughout the whole video, making us brutally confront our flaws. And Susser has not forgotten to add a touch of humour, too. To the statement that he is doing his job for the “superior” human race, Ralph adds: “They’ve even been to space. Have you ever seen a rabbit in a rocket ship?” It is dark humour, and it is effective. The whole video climaxes with the image of Ralph, hurt, blind and disorientated, talking to the camera after a day of work, but still not complaining. “Without you and countries that allow animal testing, I’d be out of a job!” With this, the HSI and Susser ask us: if you do not allow for humans to be treated like this, why would you think it is okay for animals? If other humans should not suffer for our benefit, why should animals?

HSI is an animal advocacy organisation part of the Humane Society of the United States. Its main goal is to outlaw animal testing “once and for all”, by engaging consumers and policy makers. The Save Ralph project serves as a reminder that animal testing is, in 2021, only banned in 40 countries across the world, and legal everywhere else.

Susser said: “When you see the horrifying reality of the way animals are treated, you can’t help but look away. What I was hoping to do with this film was create something that delivers a message without being too heavy handed. I hope that the audiences fall in love with Ralph and want to fight for him and other animals like him, so we can ban animal testing once and for all.”

I definitely fell in love with Ralph, and I hope you did too.