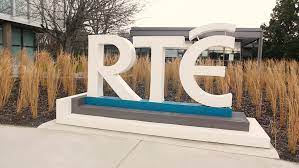 Recently RTÉ launched a series by the name of Iarnród Enda where former Taoiseach Enda Kenny travels around old Irish railroads. I disliked the idea of a man like Enda Kenny getting to host a series like this with no prior experience of hosting. Another reason for my feeling is the fact that many of the closures of the lines he travels are as a result of governments that he was a part of.

It’s no secret that RTÉ have been struggling financially for some time and one has to wonder how much does it cost to hire a man like Enda Kenny and would it not be used better elsewhere. They could have still made the series with a less expensive host and the quality would not be much different.

This is, however, part of a larger problem, RTÉ doesn’t give young people a chance. Any of the shows that the broadcaster has made in the last decade has been met with very little positive reaction. Yet they continue to go down the same trodden path again and again. It is not a case that there isn’t the talent available all you have to do is look at the adaptation of Irish writer Sally Rooney’s novel, Normal People, made by and starring mainly Irish people, yet it was financed by the BBC.

This has happened time and time again, Irish people have to go abroad to get an opportunity, from Father Ted to The Young Offenders most people would say that they are Irish shows, and, in a way, they are, but they in truth are not. It’s time RTÉ give people like these a chance more often than once every few years. Stop making people have to go abroad to make their dreams come true do it here and maybe then they would not have to rely on buying most shows from abroad.

I know some of you might say there are some RTÉ player exclusives that are giving Irish creators a platform and yes, while it’s great that their doing this, the player has been heavily criticized in the past for it’s poor quality in terms of video quality and others complaints like this. Player exclusives are a start, but that’s all it is and more backing needs to come in the future.

The young people of Ireland are talented and while RTÉ may have a few problems one that when solved would be of huge benefit to the broadcaster is believing in the talent that is here and giving them the backing that they would get abroad. It has worked in the past with shows like Love/Hate and Hardy Bucks and it can happen again.